Here are 10 of the most Instagrammable walls in Williamsburg, Brooklyn! Williamsburg is known as the trendy heart of Brooklyn, with amazing food, shopping, and ART along the L train. Hope you find a new wall or mural to shoot with the next time you’re in Williamsburg!

Grab a coffee or snack and enjoy the back patio of this adorable Williamsburg cafe! 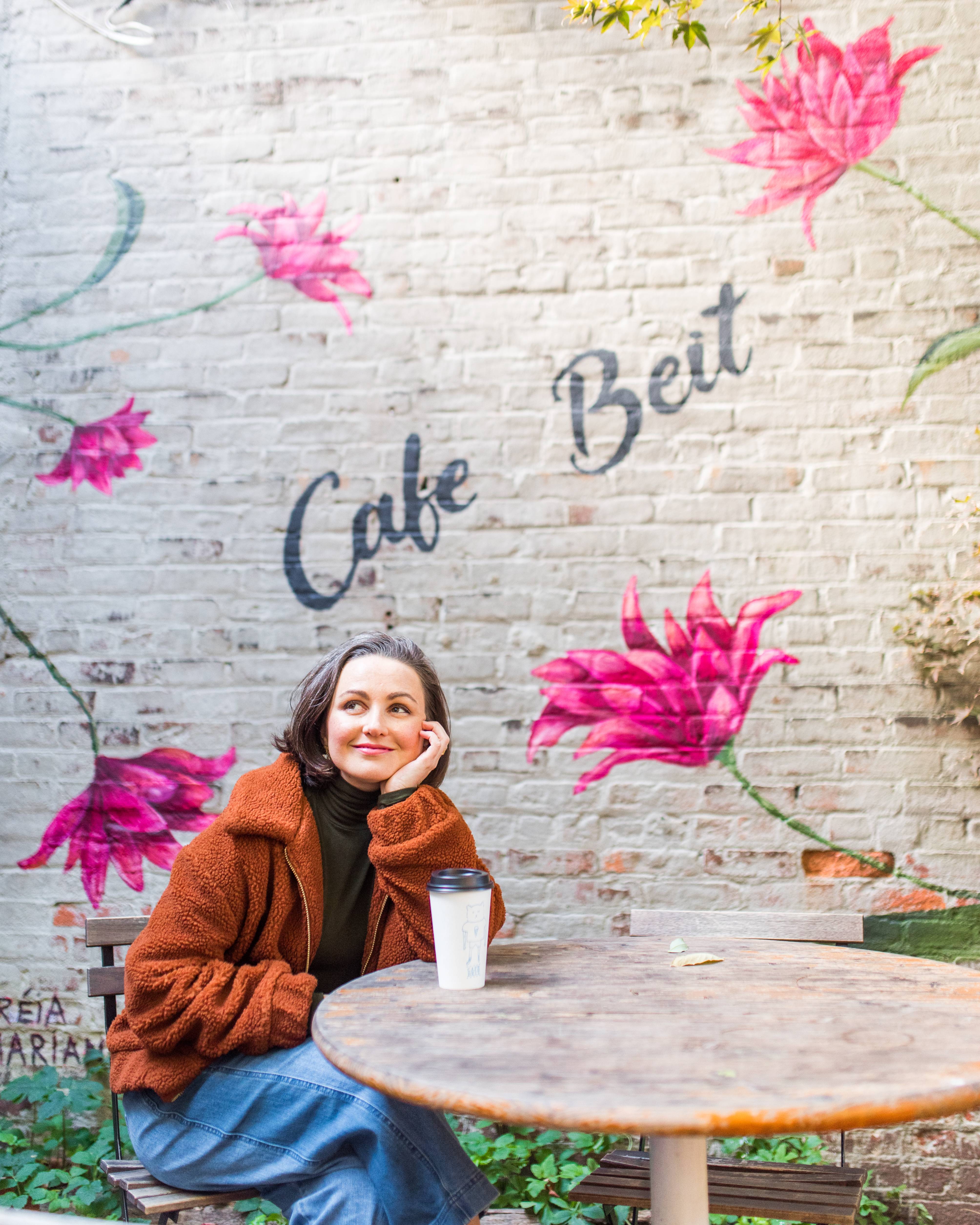 We are thrilled about our new garden mural painted by @andreiamariano. She is a Brazilian artist who reached out to us via Instagram a month ago to offer her services. We love you Andreia, Thank you!

More neutral and understated than other Instagrammable walls in Williamsburg, the Le Labo wall provides a great background for blogger outfit photos in Brooklyn! 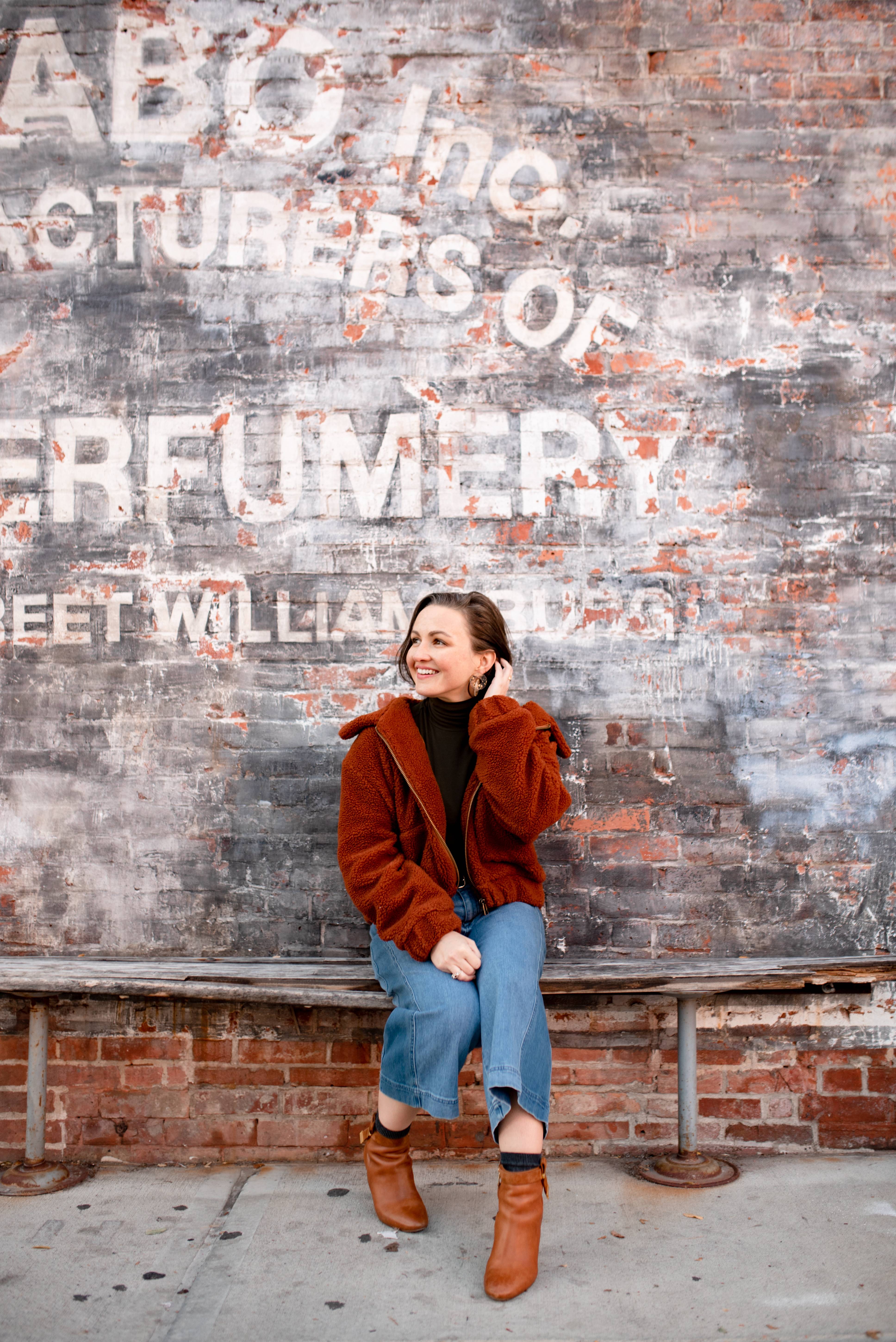 Colorful and whimsical, the mural painted outside of the Williamsburg Warby Parker is perfect for back-to-school vibes. 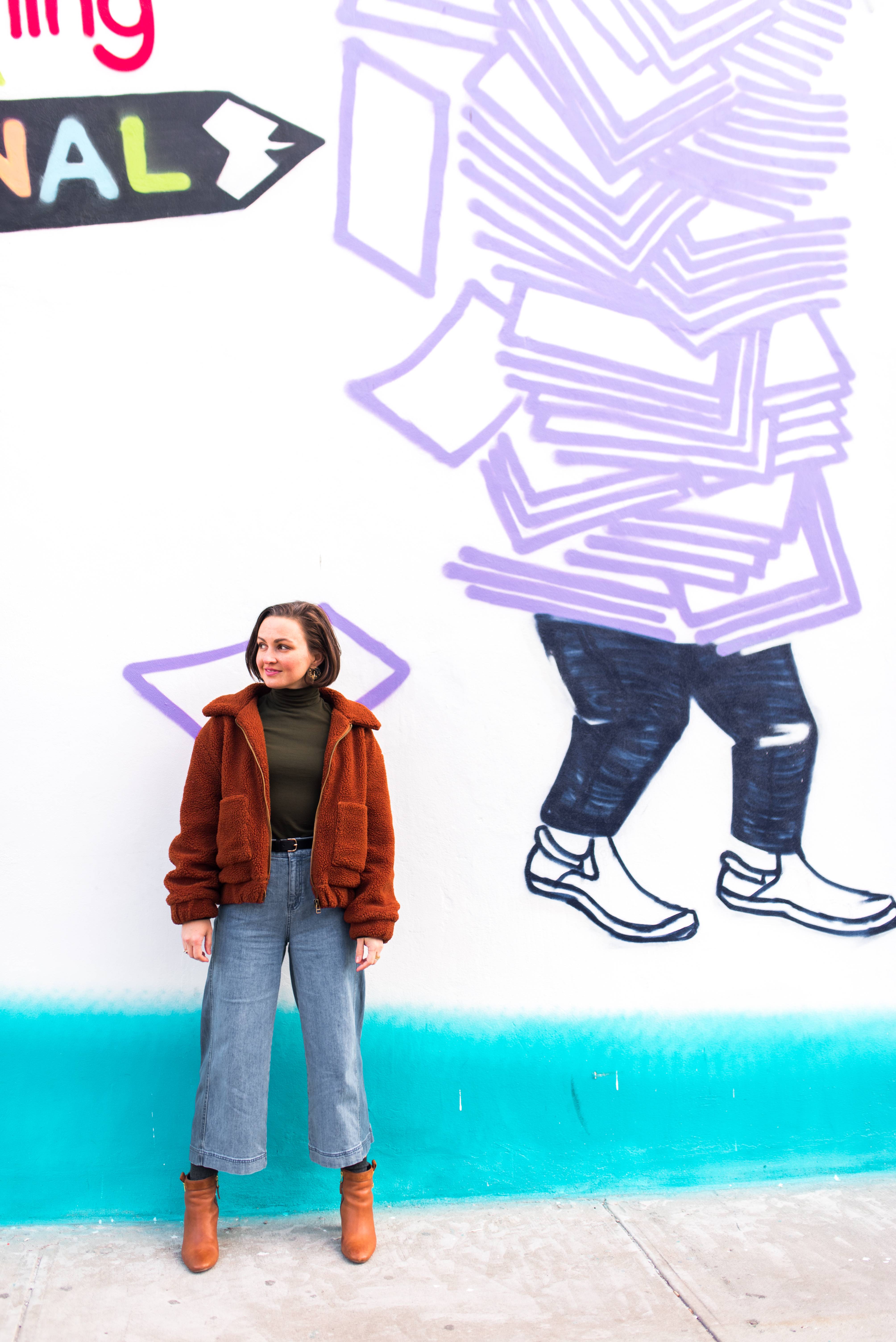 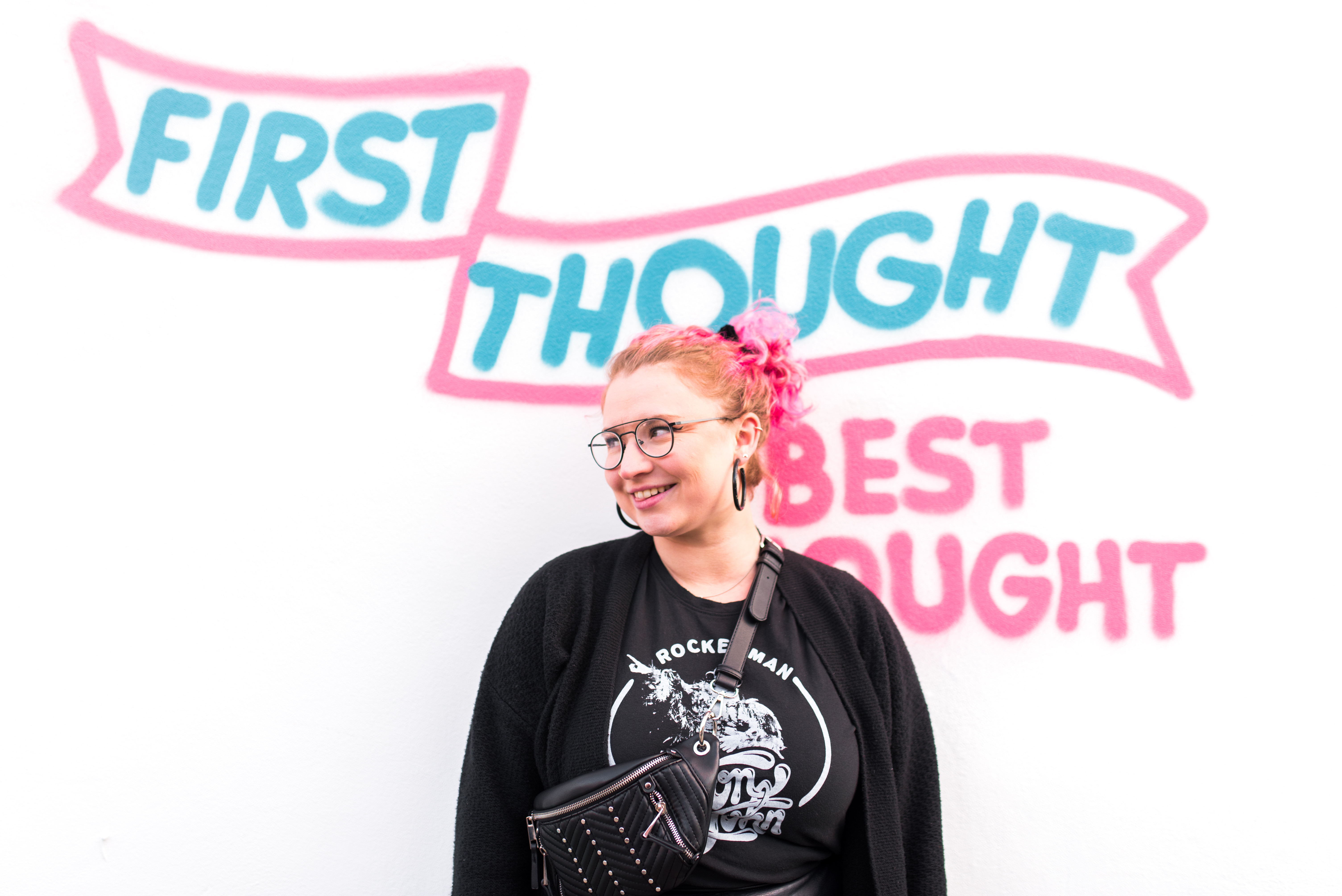 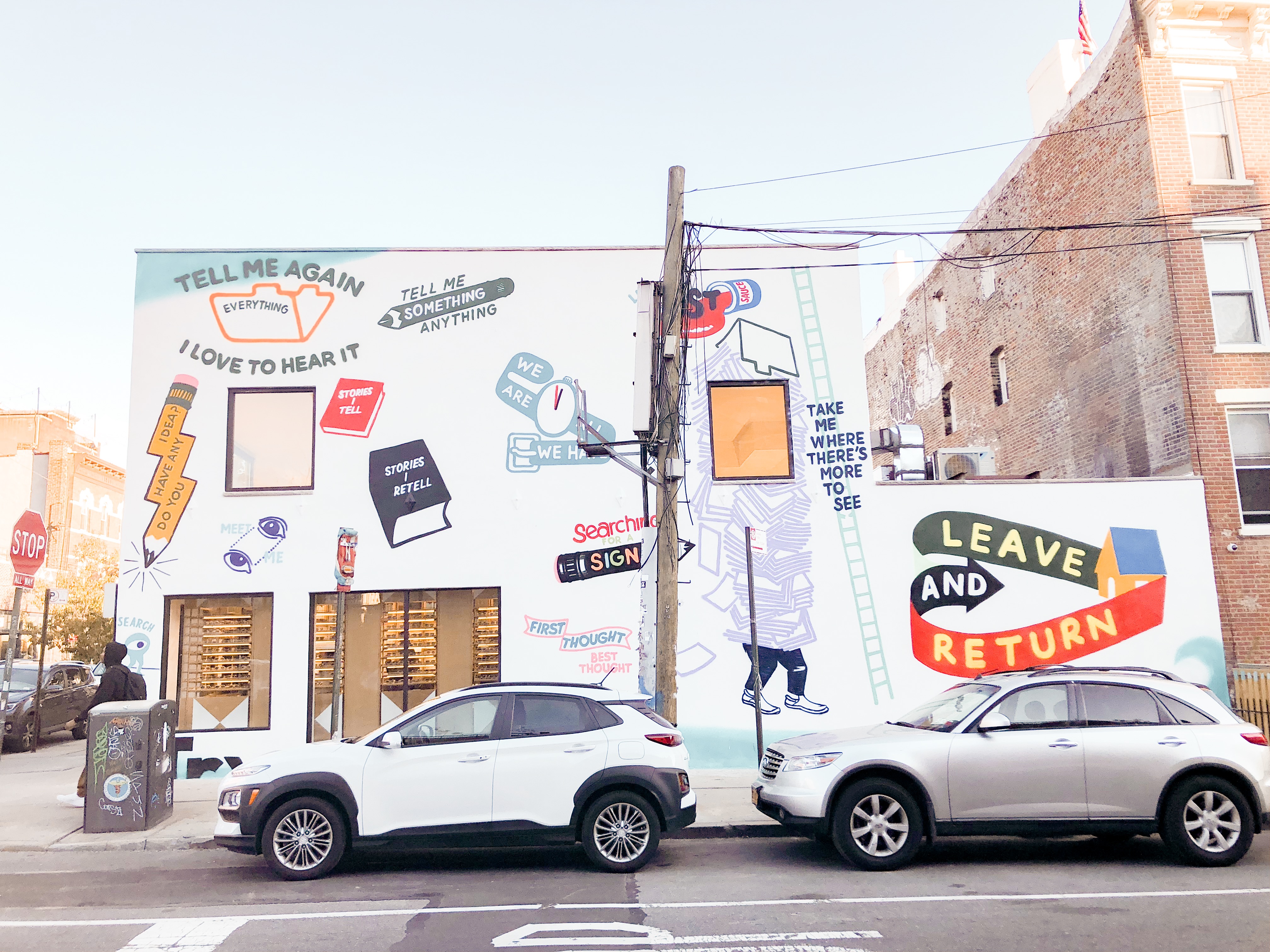 Get your #grlpwr on with this vibrant mural by Isabelle Ewing on the wall of North Side Auto Repair as part of @projectartBK. 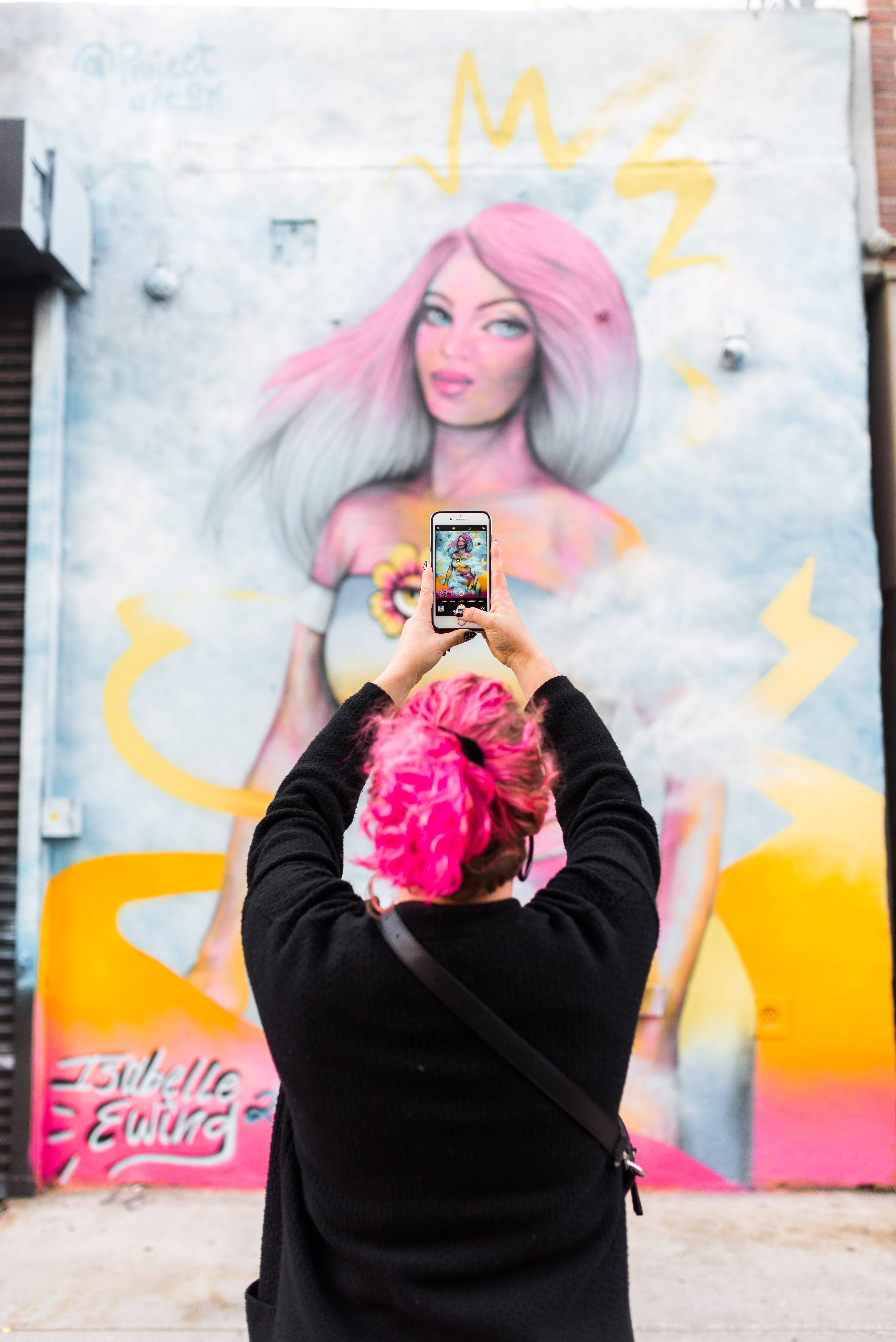 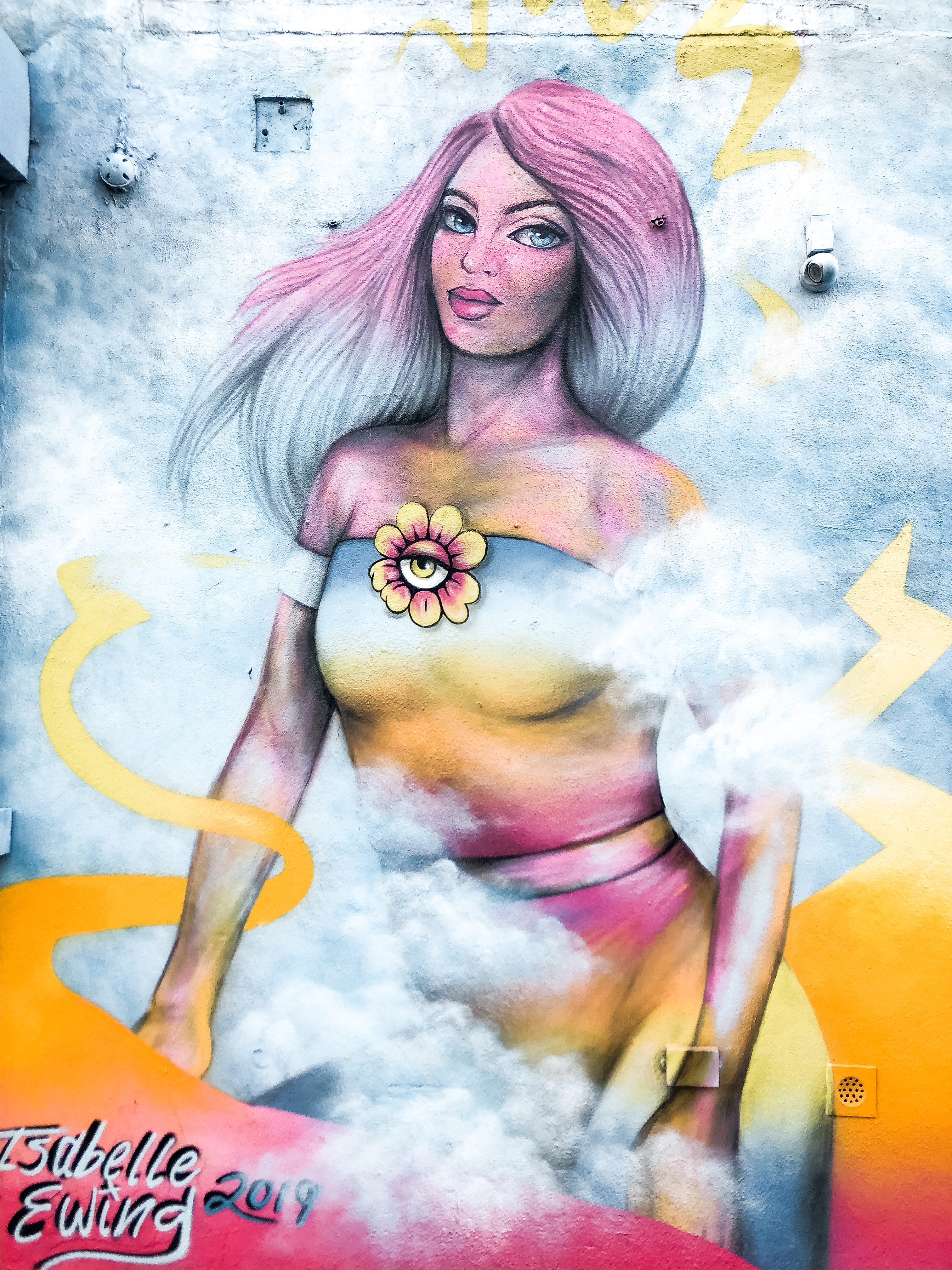 This graphic mural by @brolga is one of two boxing themed murals in Williamsburg, outside Joe’s Pizza on N 5th St and Bedford Ave. 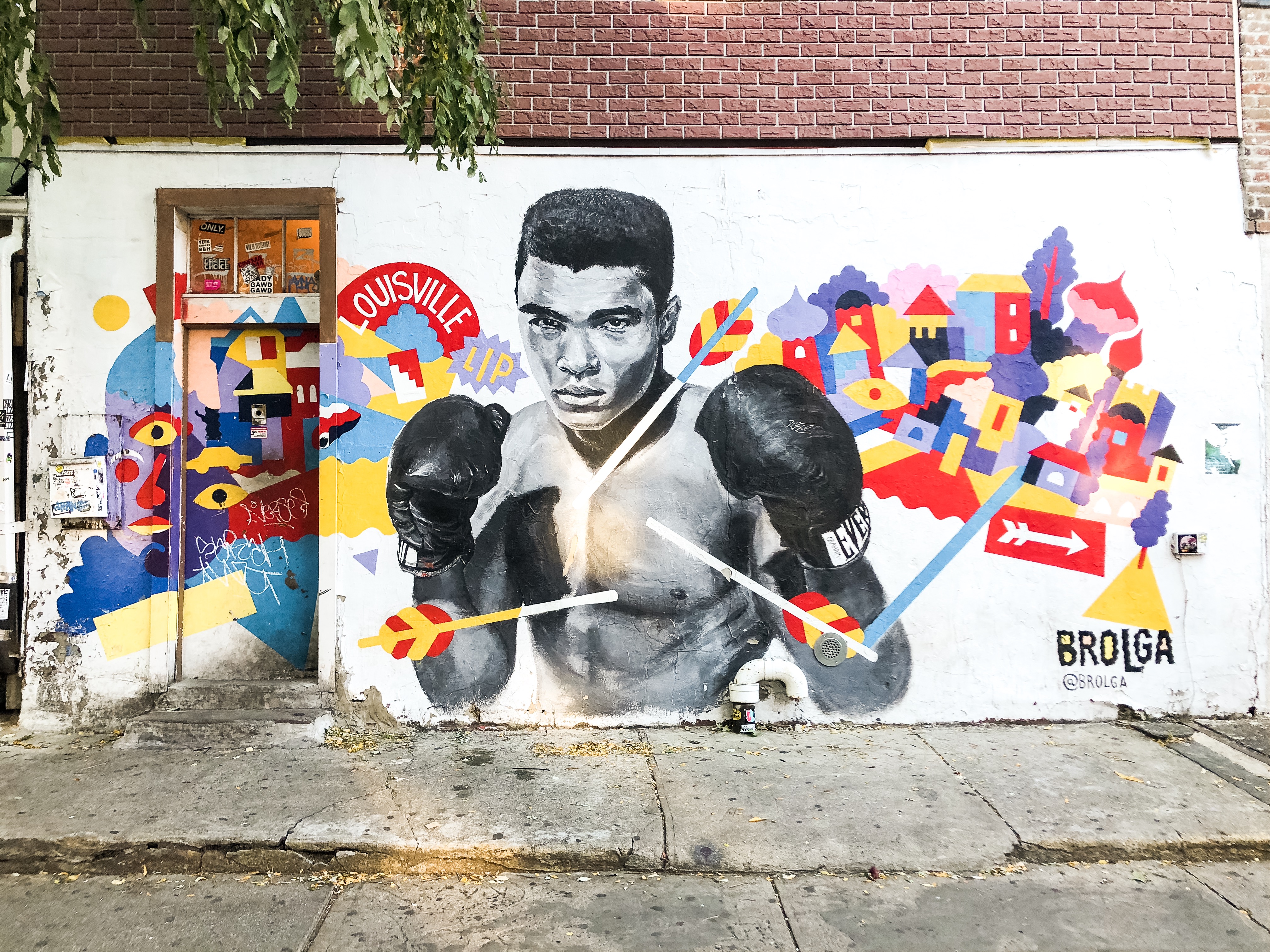 The second boxing themed mural in Williamsburg, world famous mural artist Kobra’s “Fight for Street Art Mural” can be found on the corner of N 9th St and Bedford Ave. 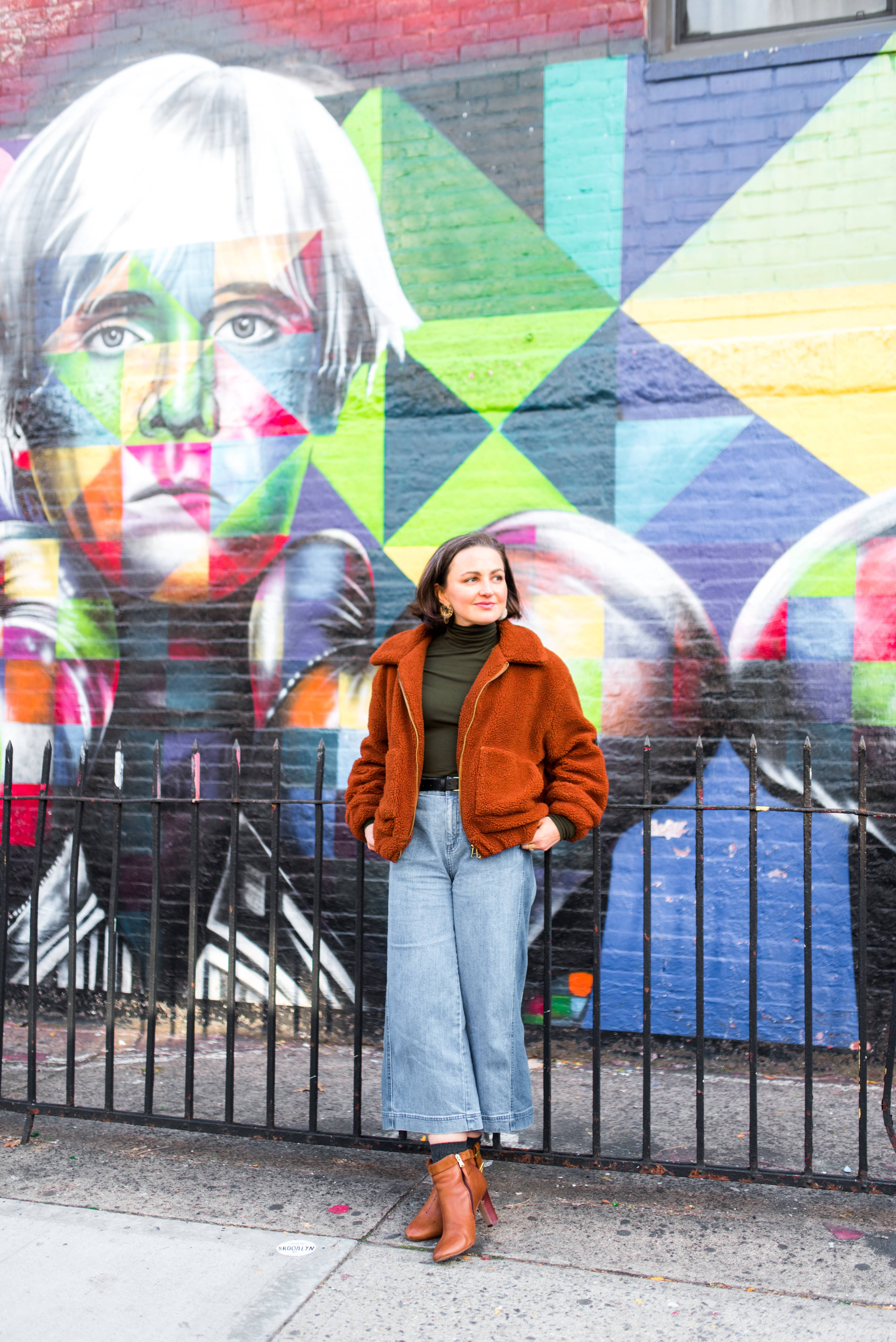 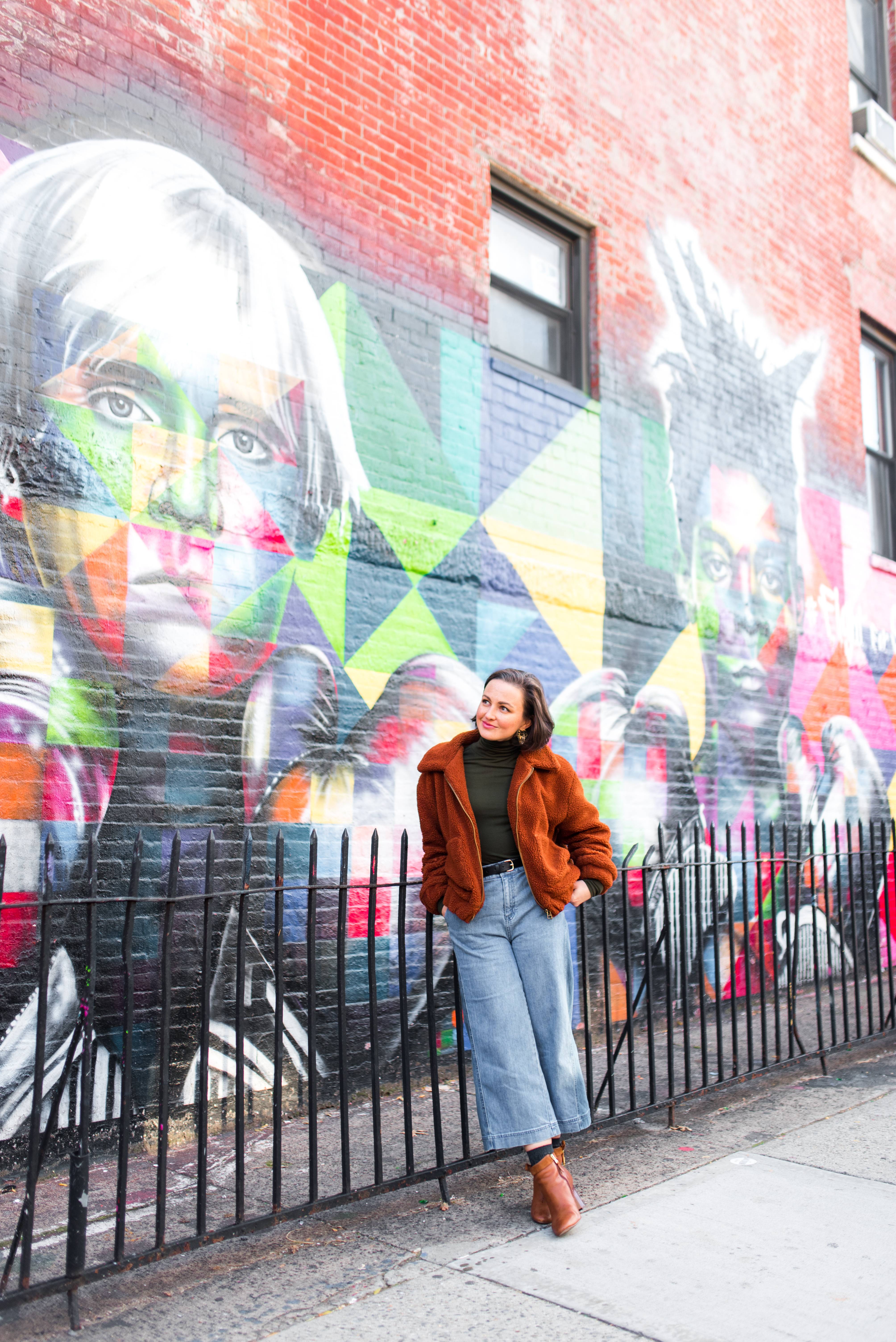 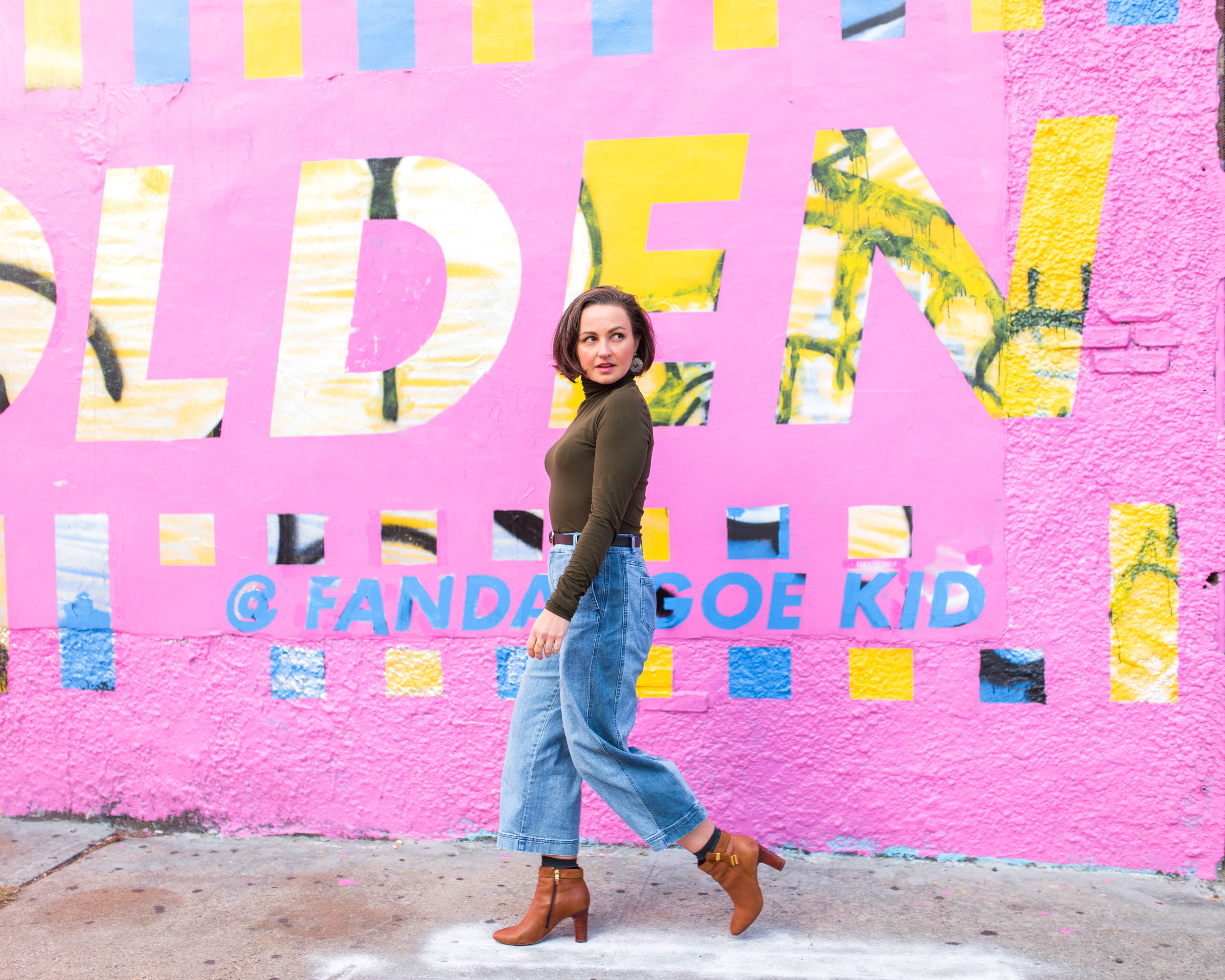 Outside the Williamsburg watering hole George & Jack’s Tap Room is a two-story mural of a cobra and chrysanthemum. Check it out, along with the jukebox inside George & Jack’s! 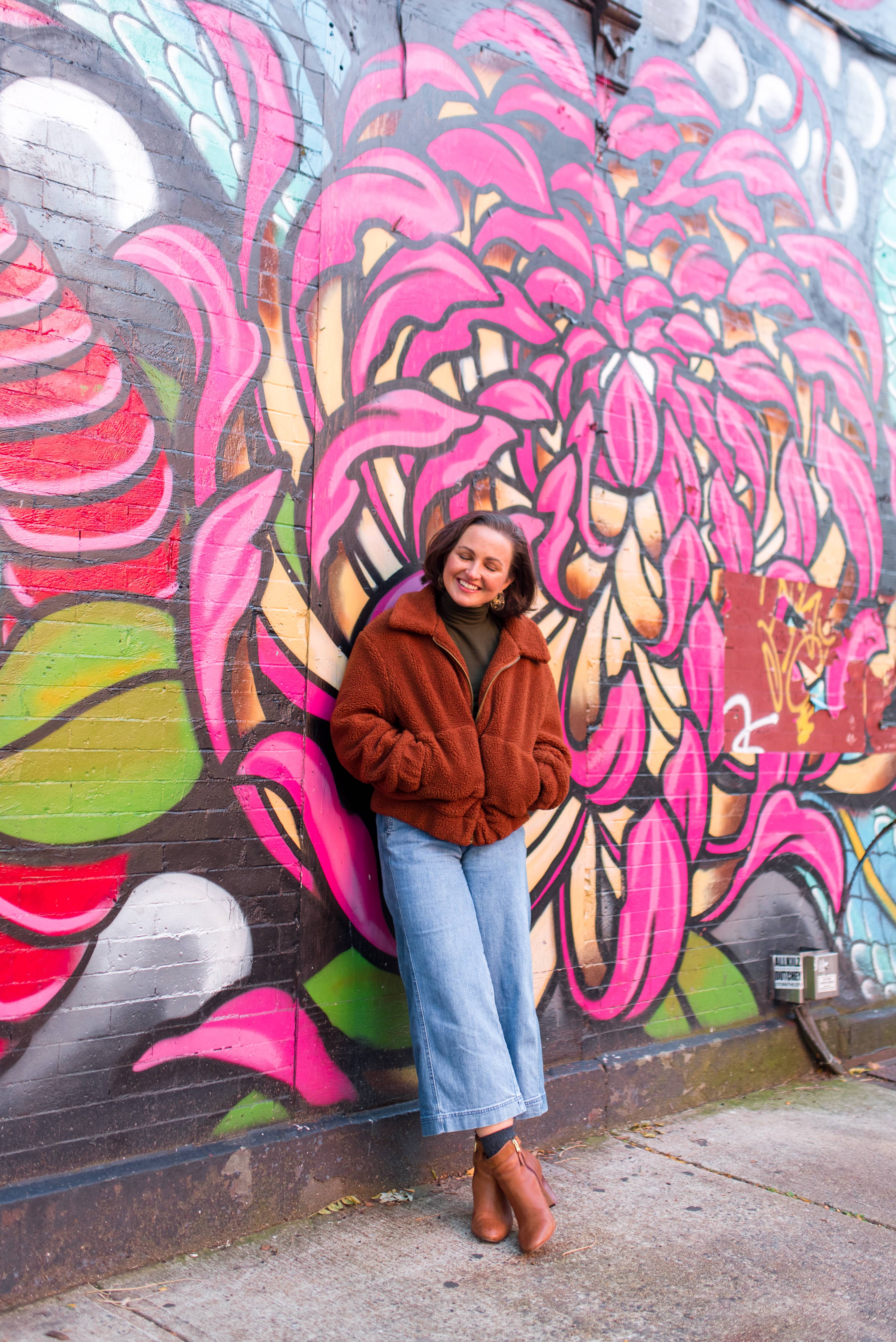 Neon, 80’s dreams are made real outside the Williamsburg Shake Shack. 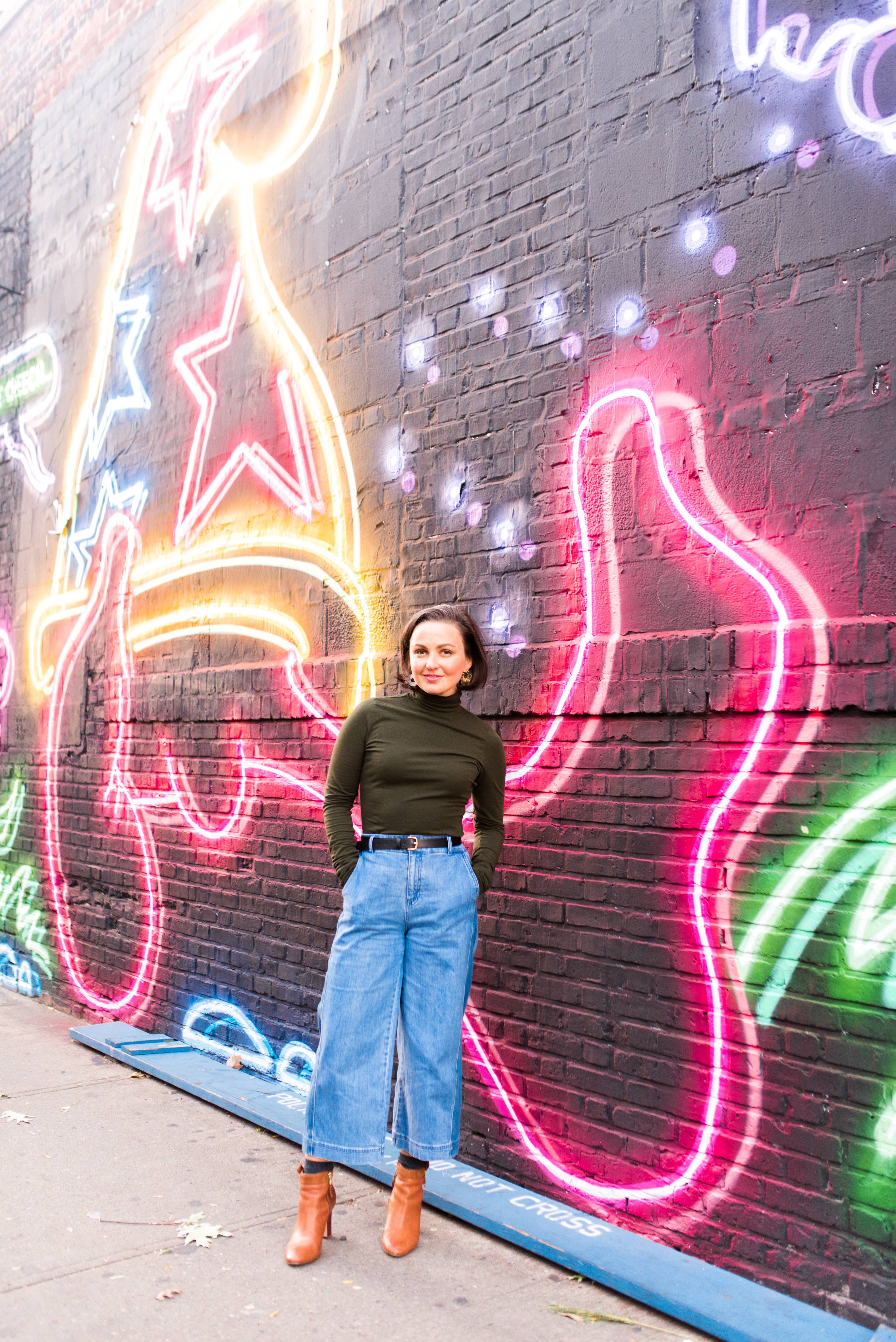 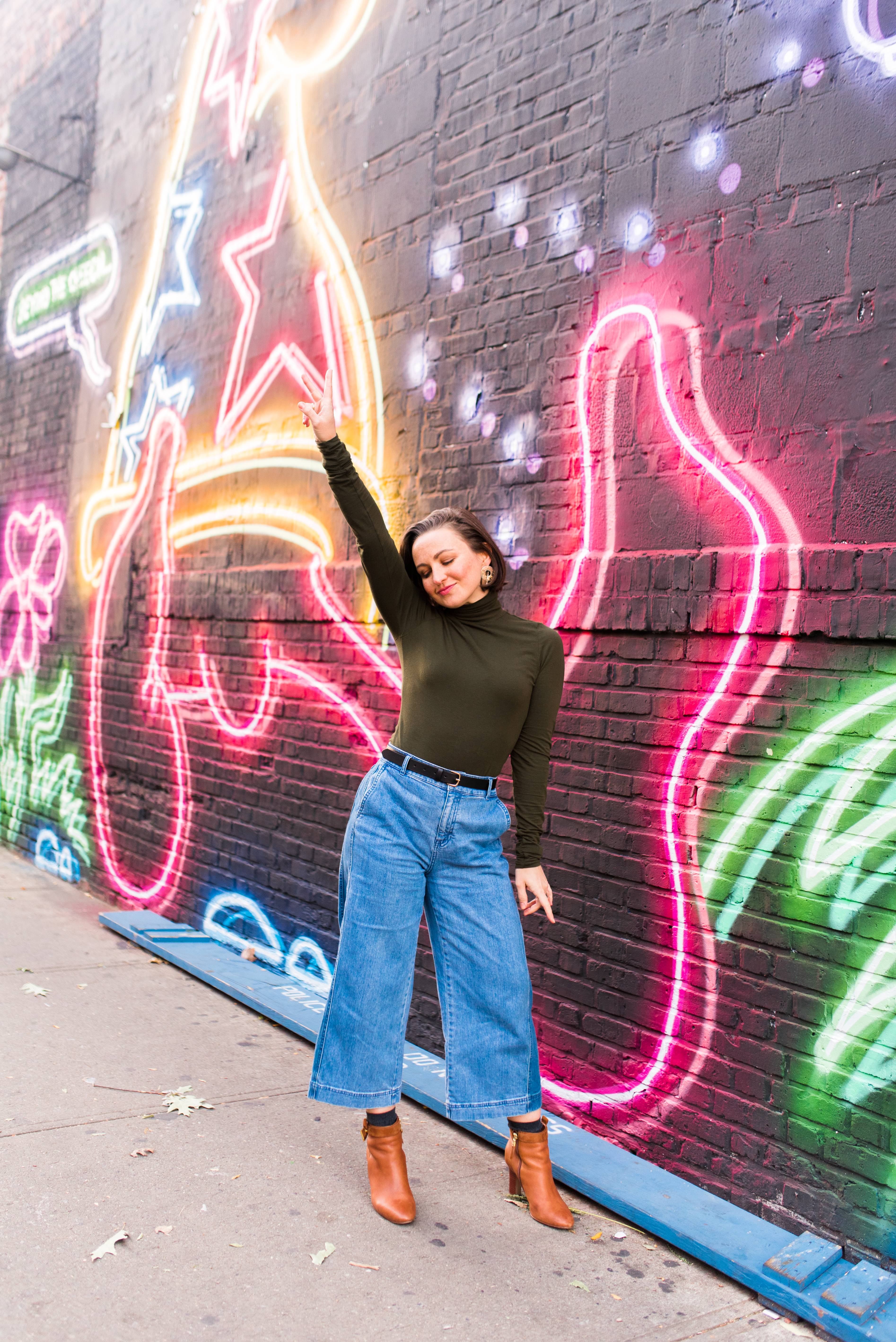 Another mural by @brolga, featuring whimsical characters and creatures, always makes me smile when I pass it! 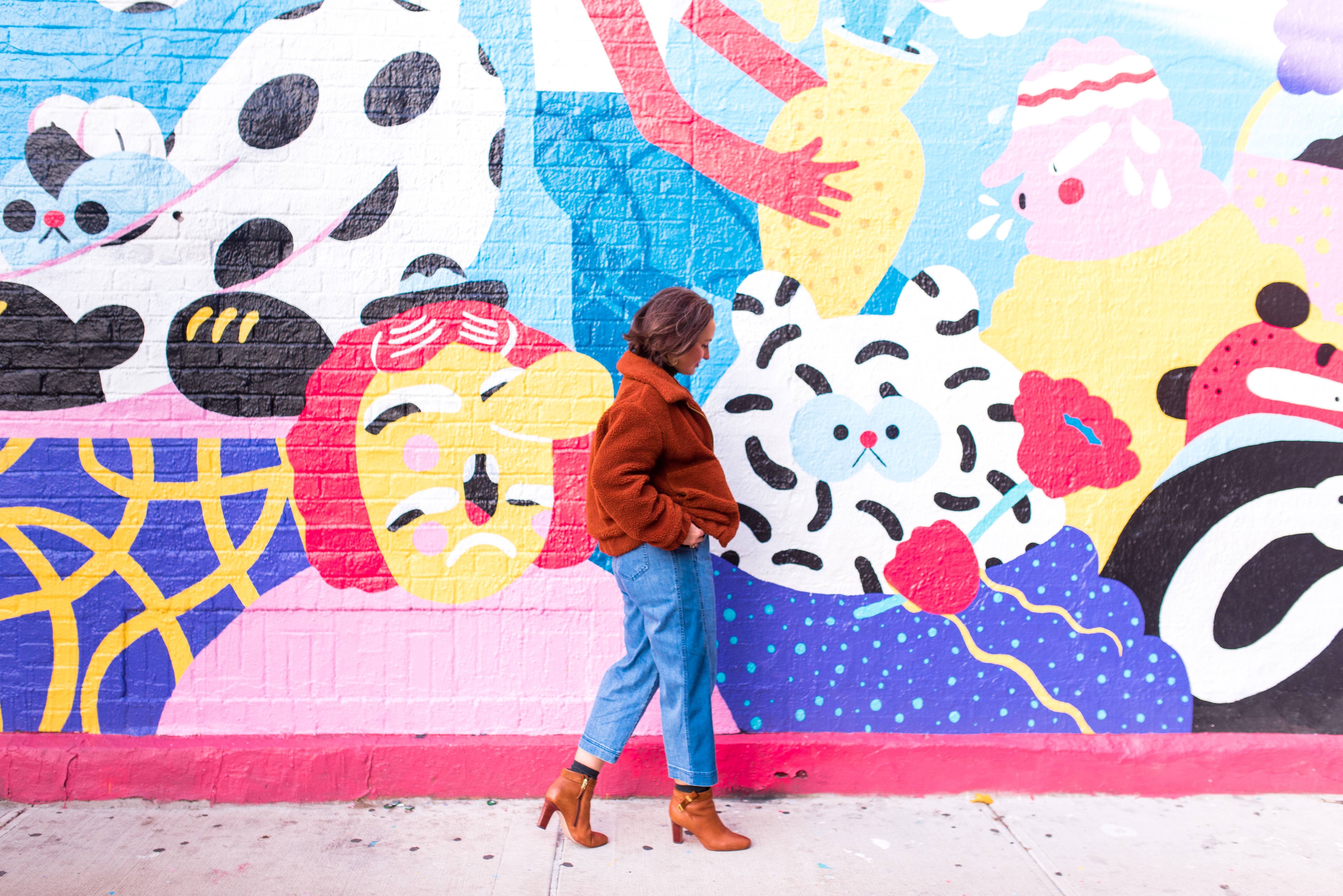 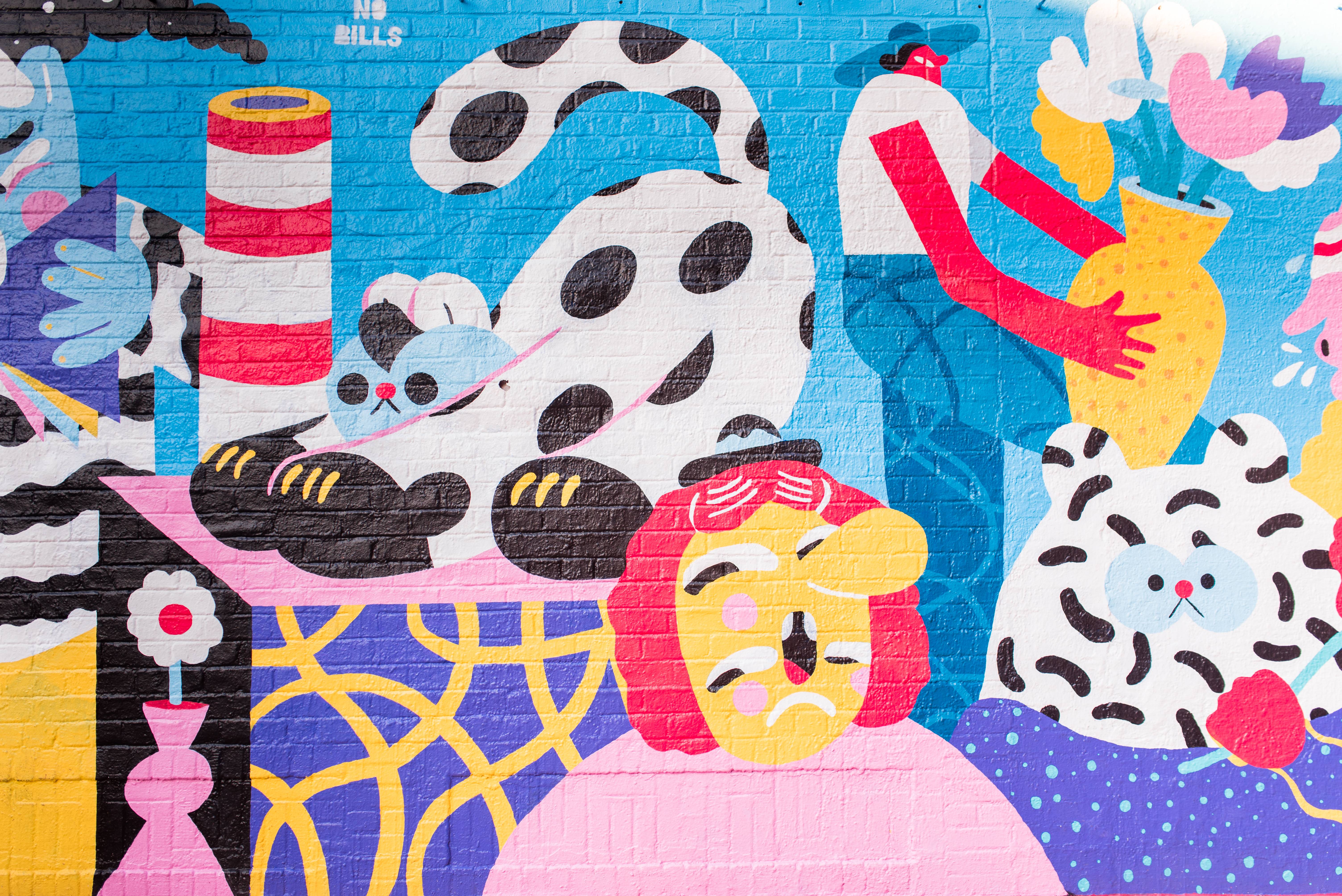 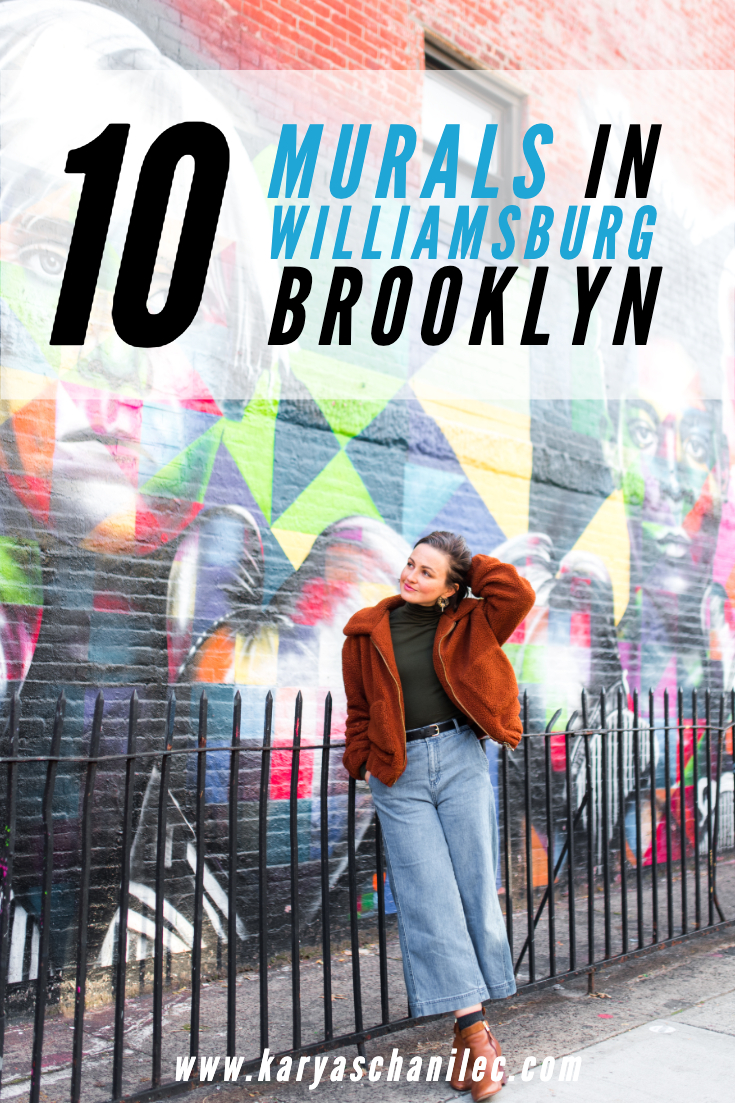