I have a sneaking suspicion this hearts mural will be temporary when construction is finished on the building, but in the meantime check it out the next time you’re in SoHo! 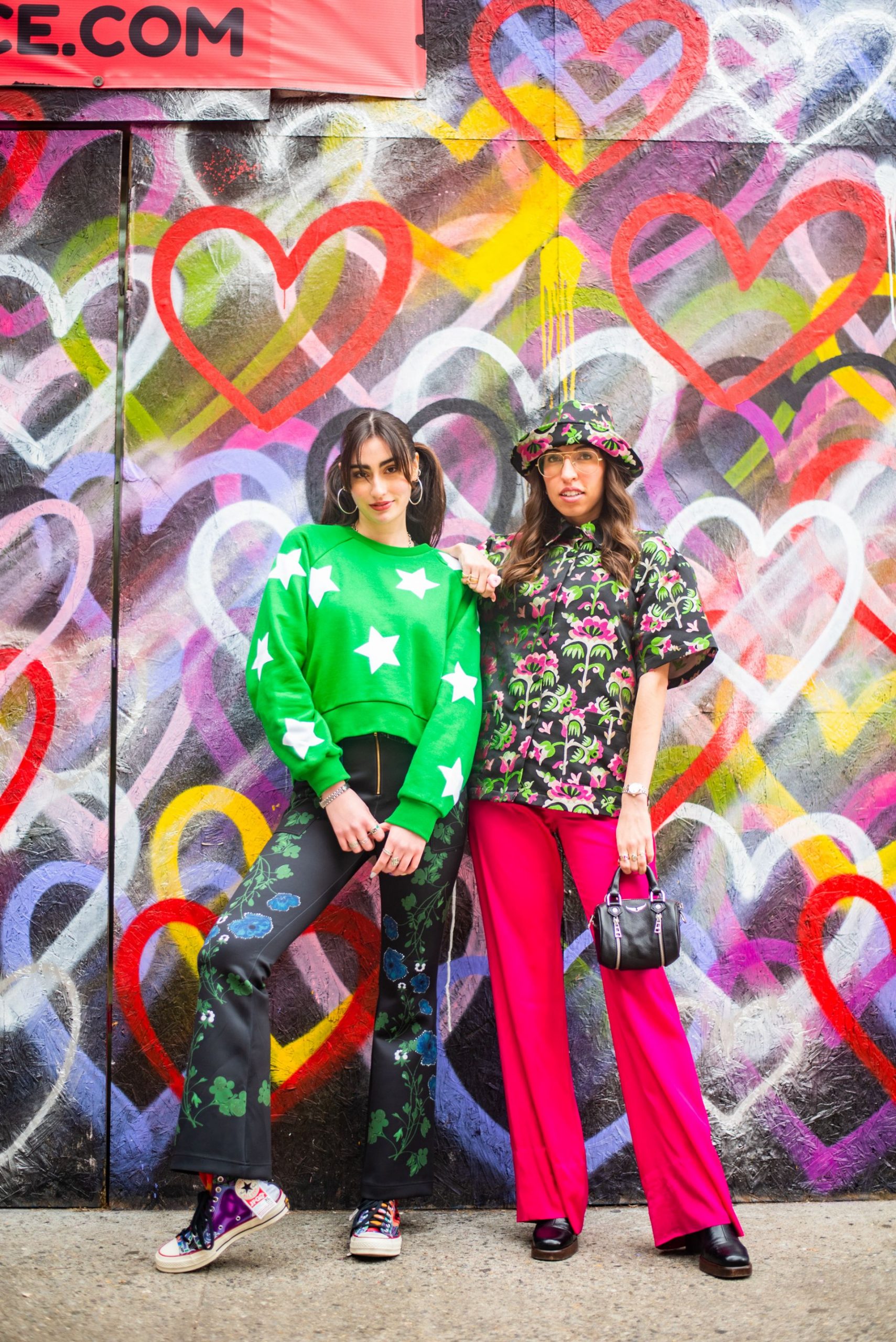 Even if you live in NYC, you have a reason to visit the citizenM New York Bowery Hotel because of their amazing red and black graphic mural! 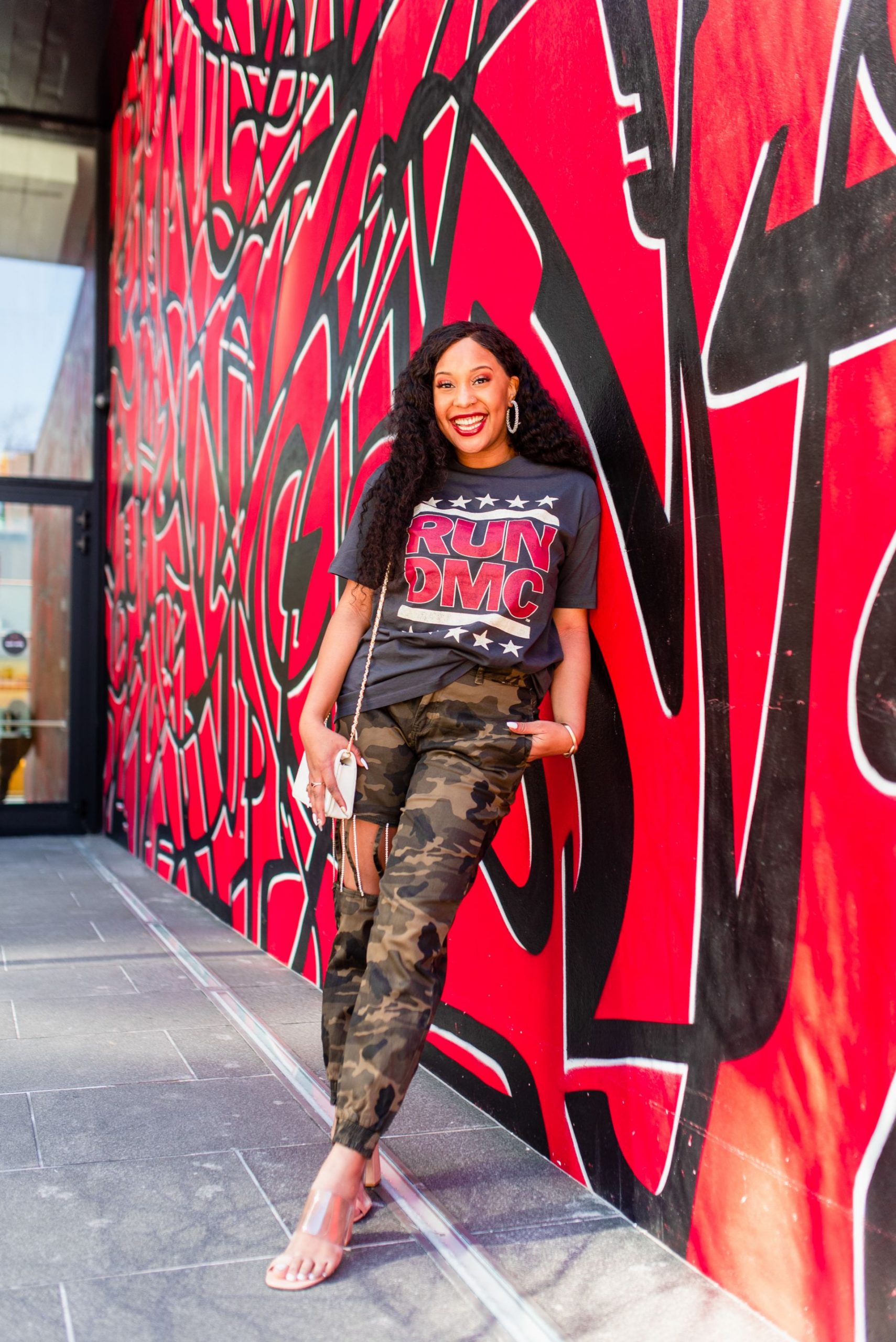 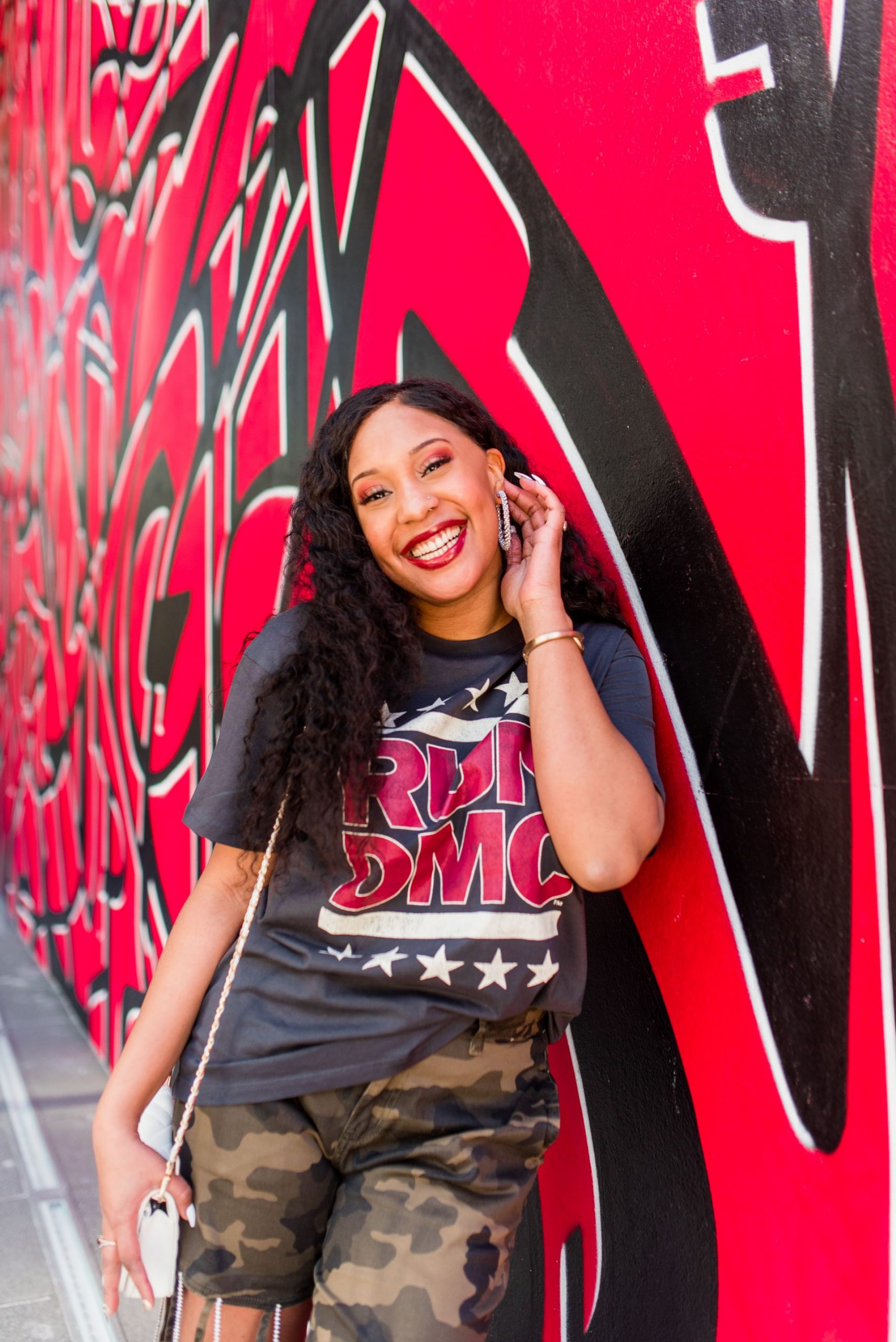 Head uptown for this Instagrammable wall that enforces some self love. Also stop into PlantShed for amazing drinks and plants! 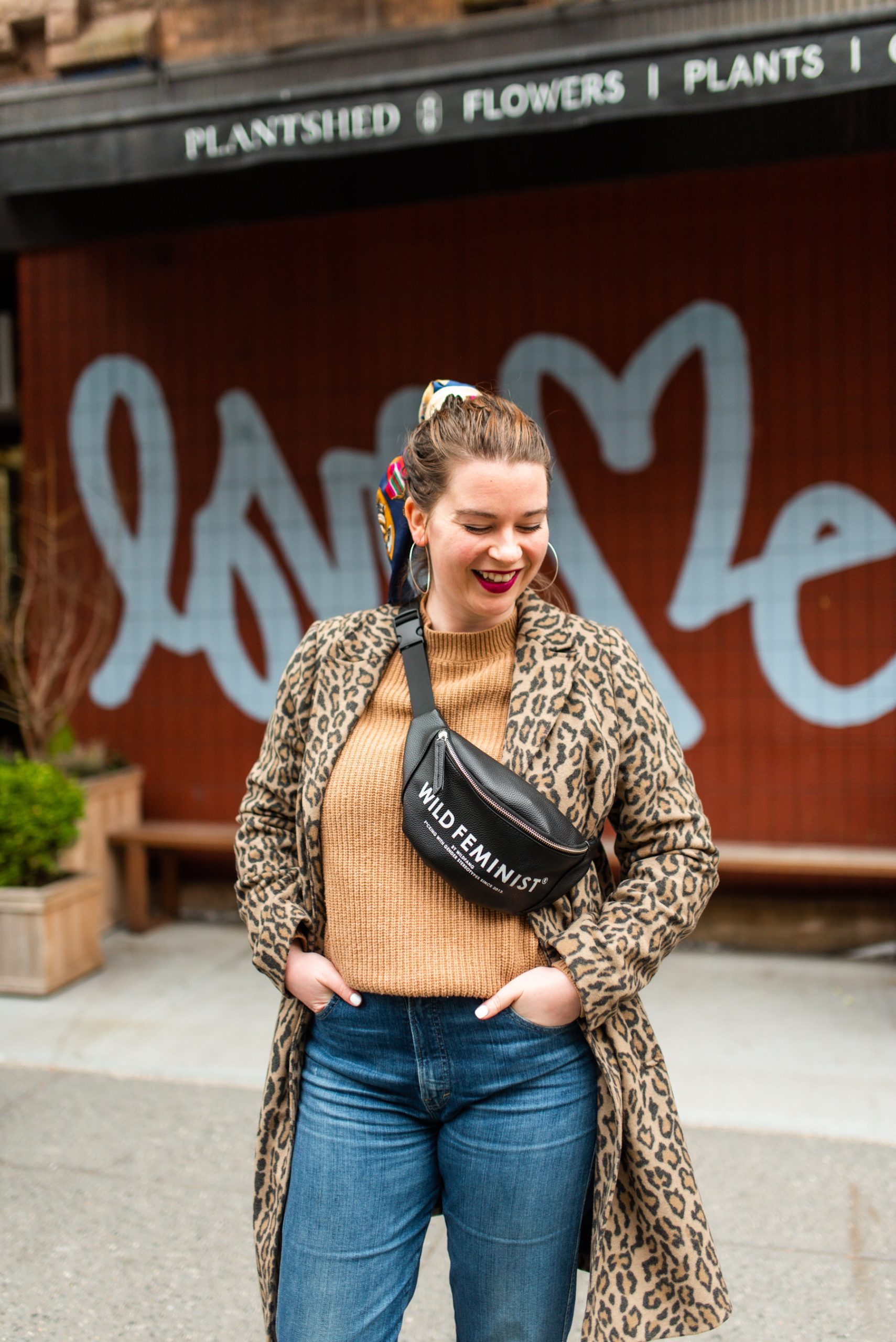 If you miss CBGB, check out this tribute mural of Blondie’s Debbie Harry across the street by muralist Shepard Fairey. 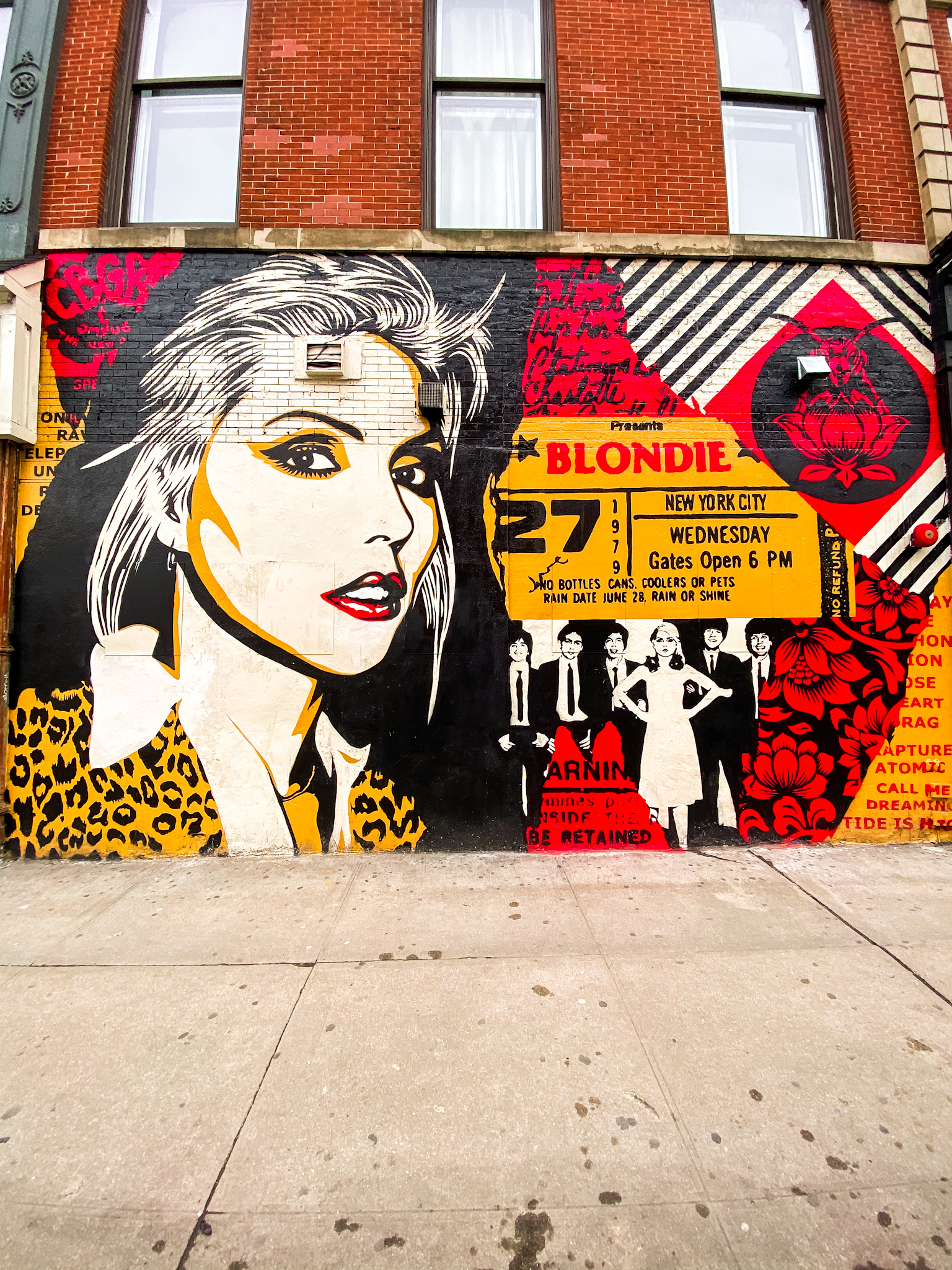 This super cool spot in SoHo features bright blue walls and contrasting red chairs and tables, creating a primary color dream. The restaurant doesn’t open until 5pm everyday, so go early to shoot and to avoid the dinner crowd. 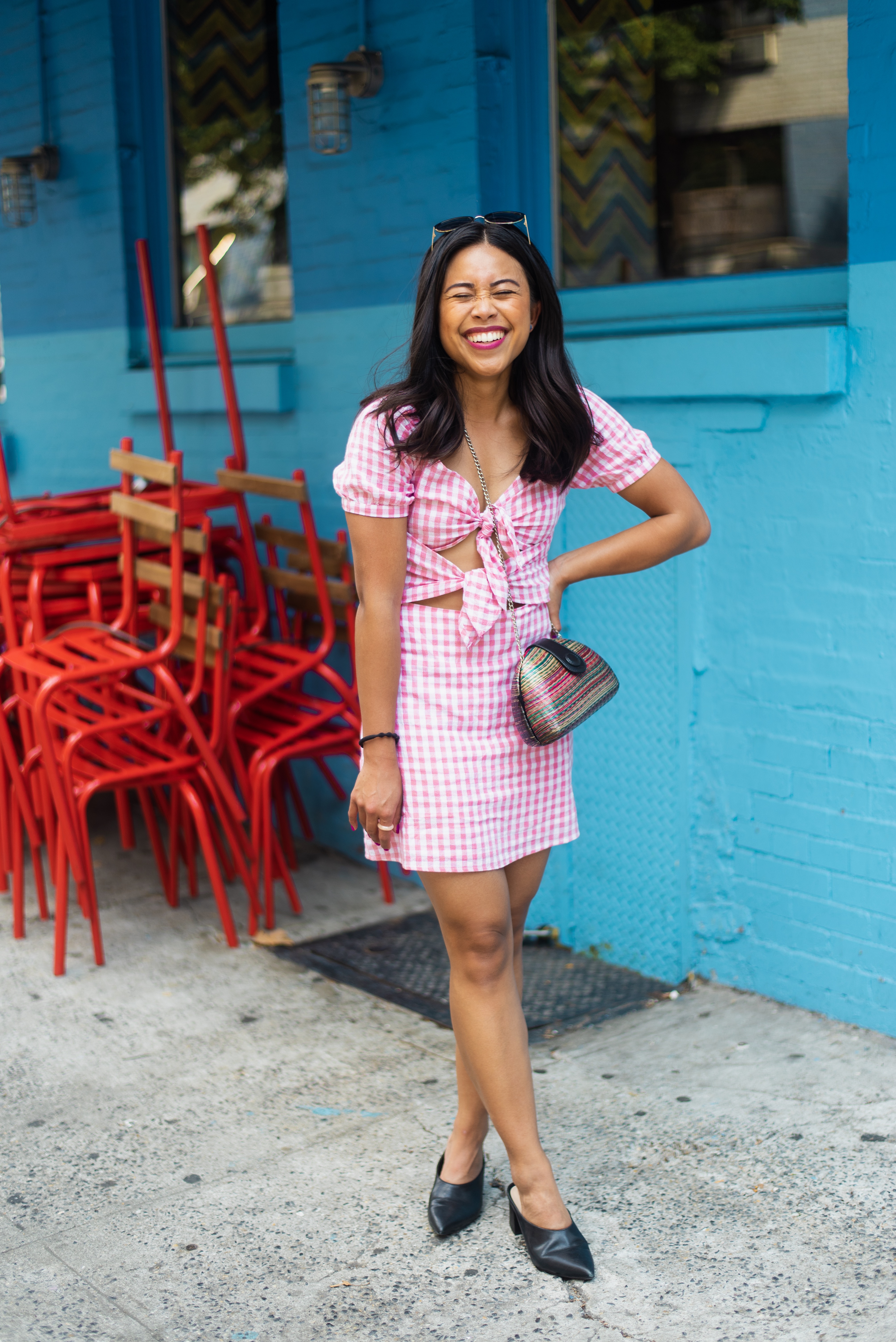 A Nolita Instagrammable staple, Pietro Nolita has a graffiti hearts door along with its iconic pink painted exterior. If you’re lucky, they sometimes also have pink flowers in their planters! 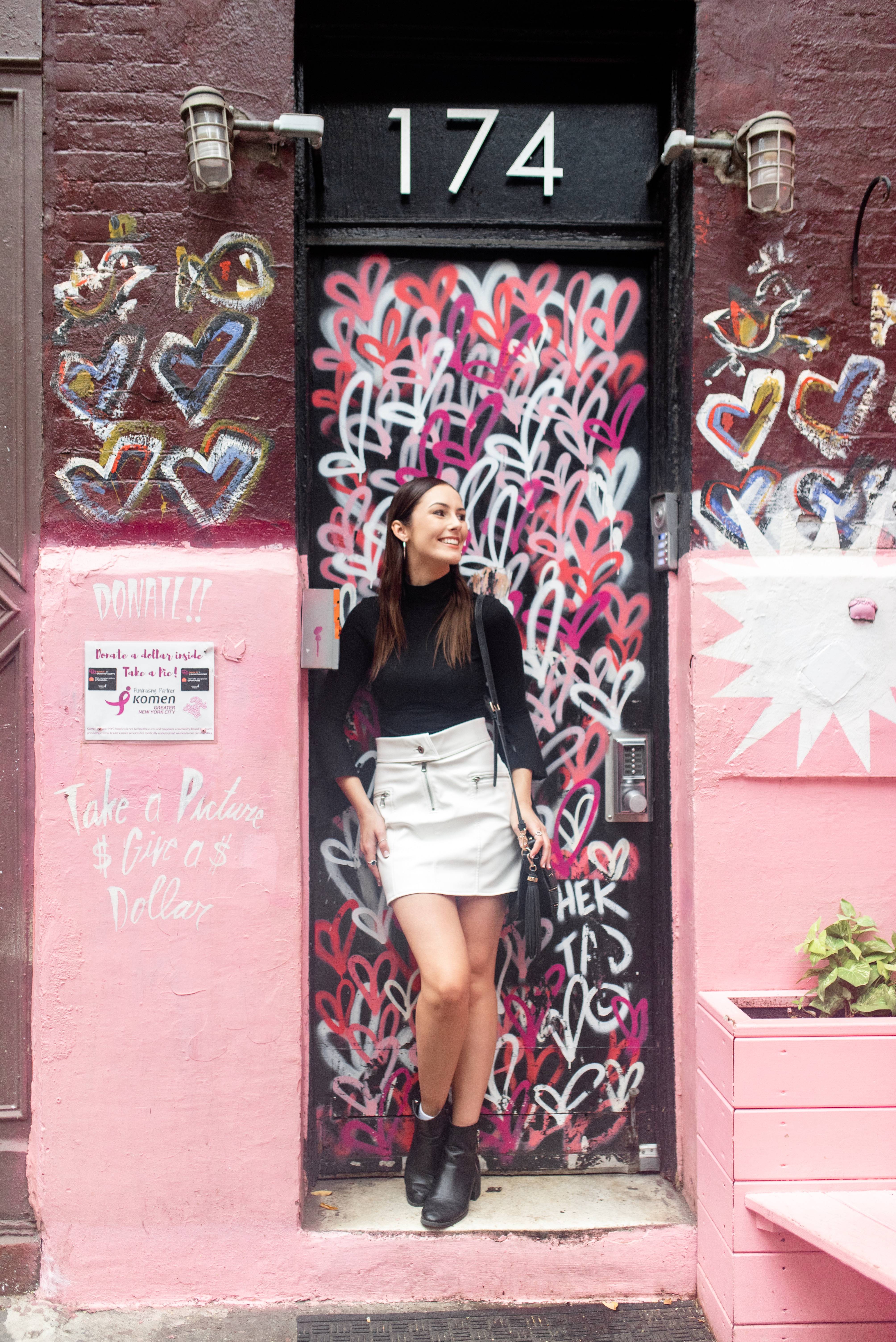 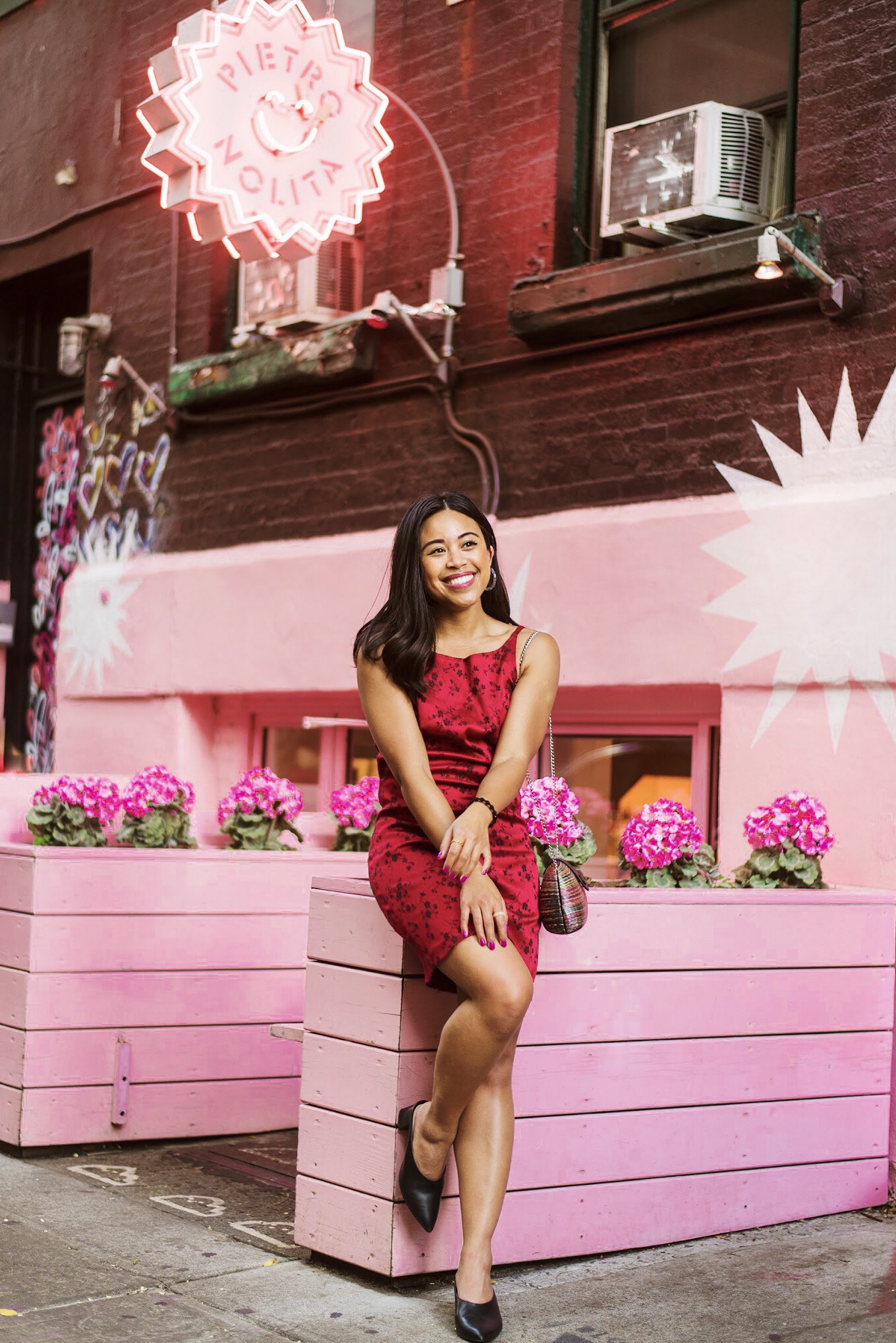 Tucked away in Chelsea is this fabulous skyline mural by muralist Dirt Cobain. Live your concrete jungle dreams! 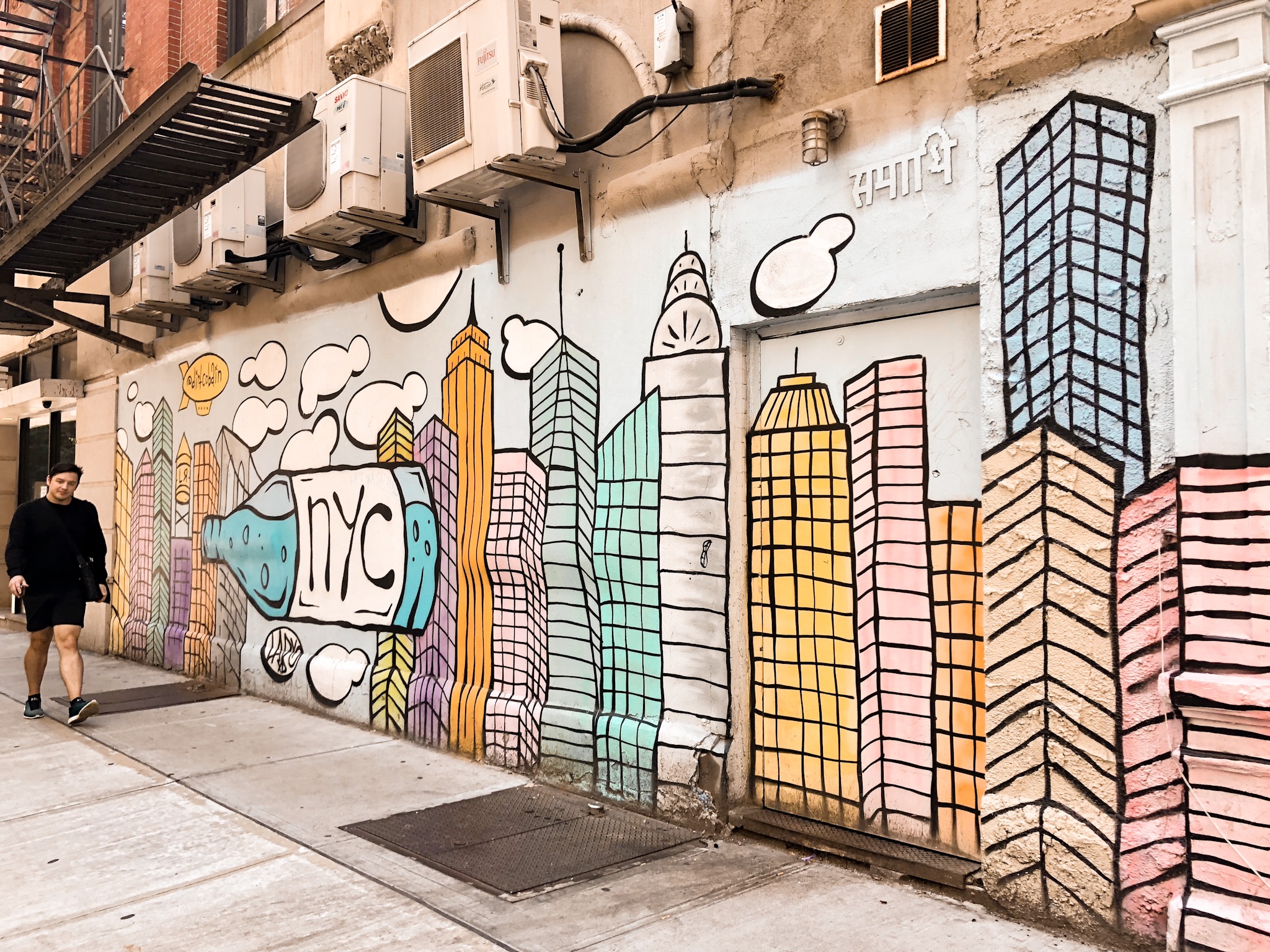 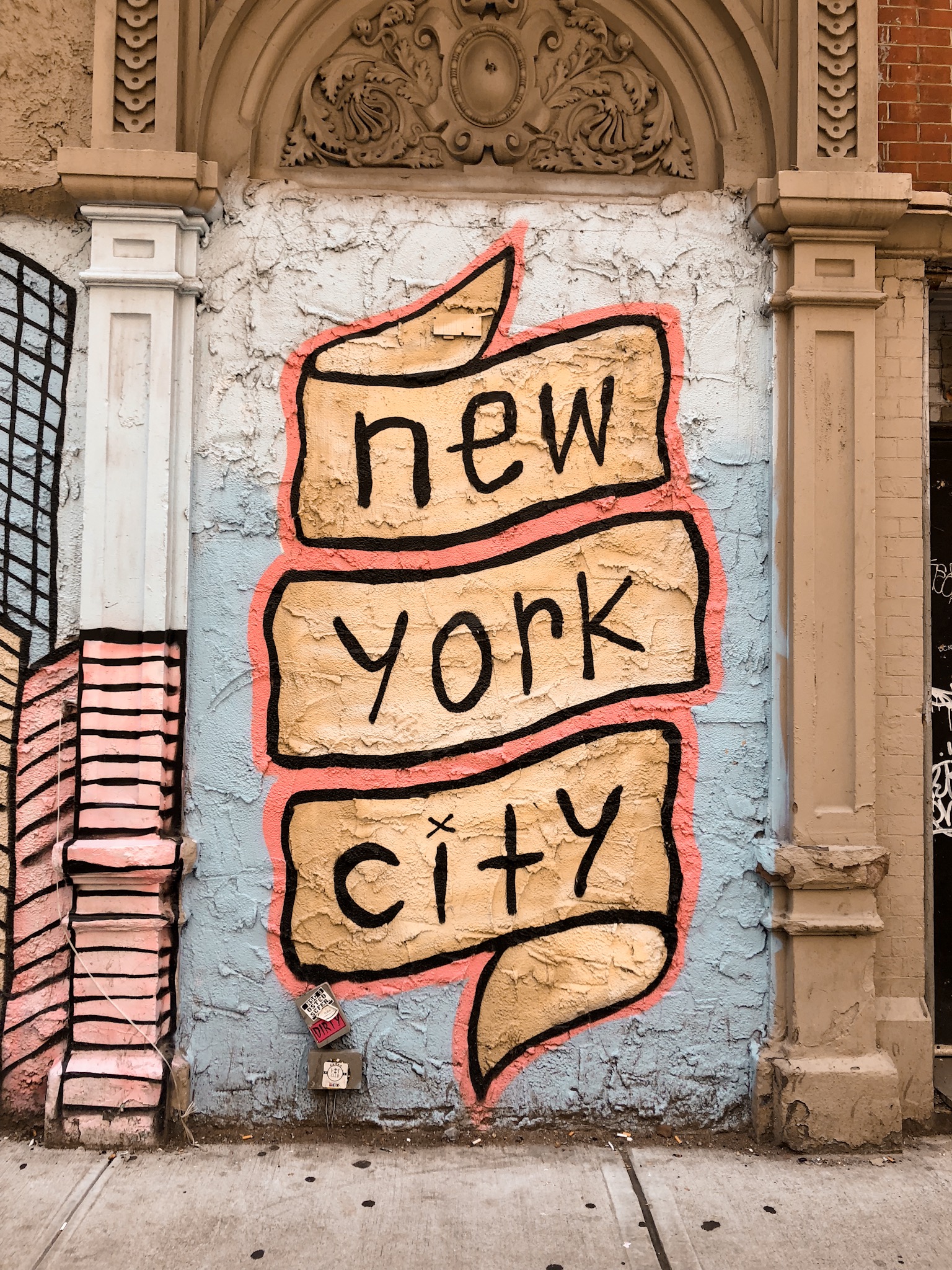 The murals painted on the wall outside noodlelove in Nolita seem to be different every time I go by, but always colorful and fun! The last time I visited it for a photoshoot it was this shocking fuchsia color which I adored. 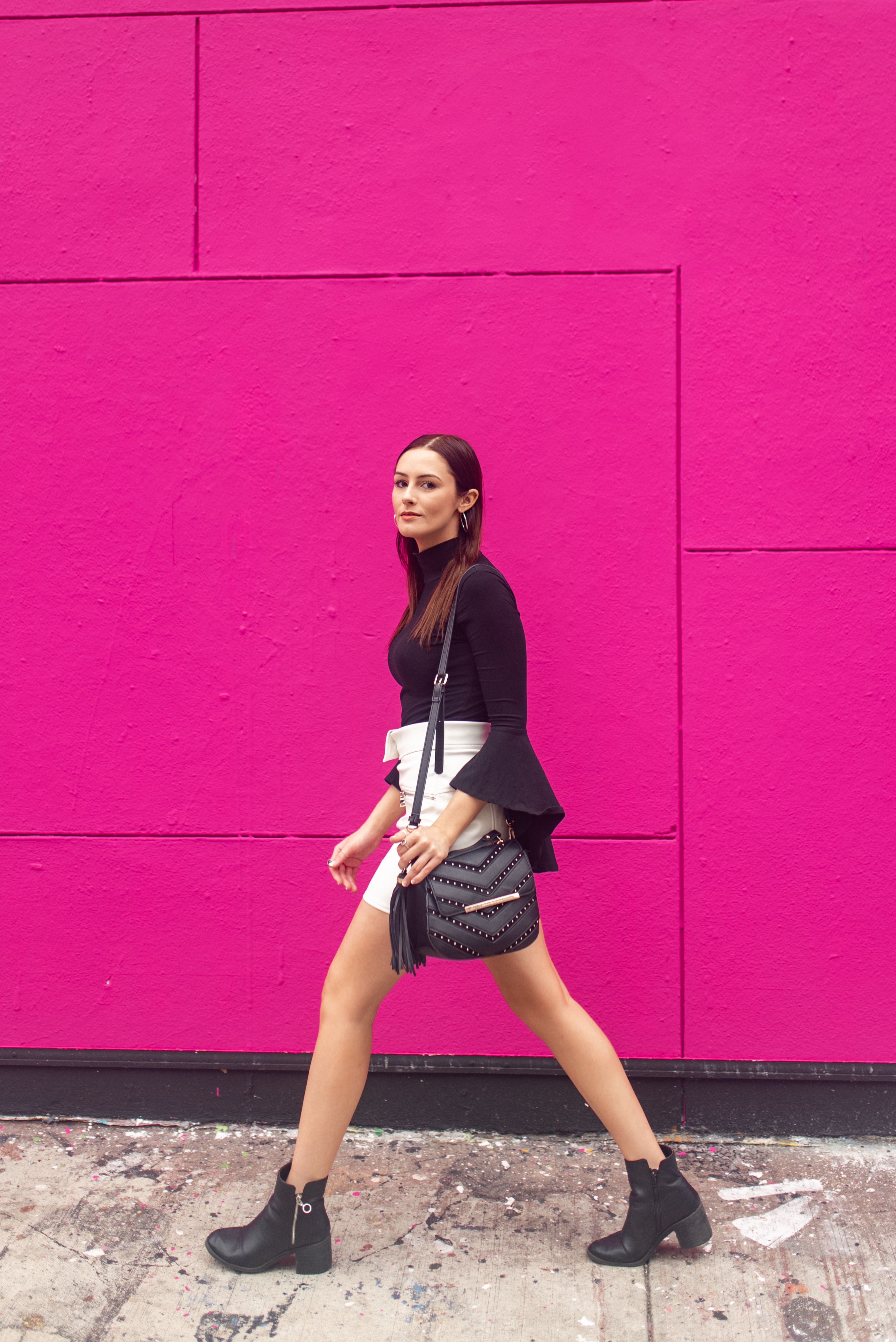 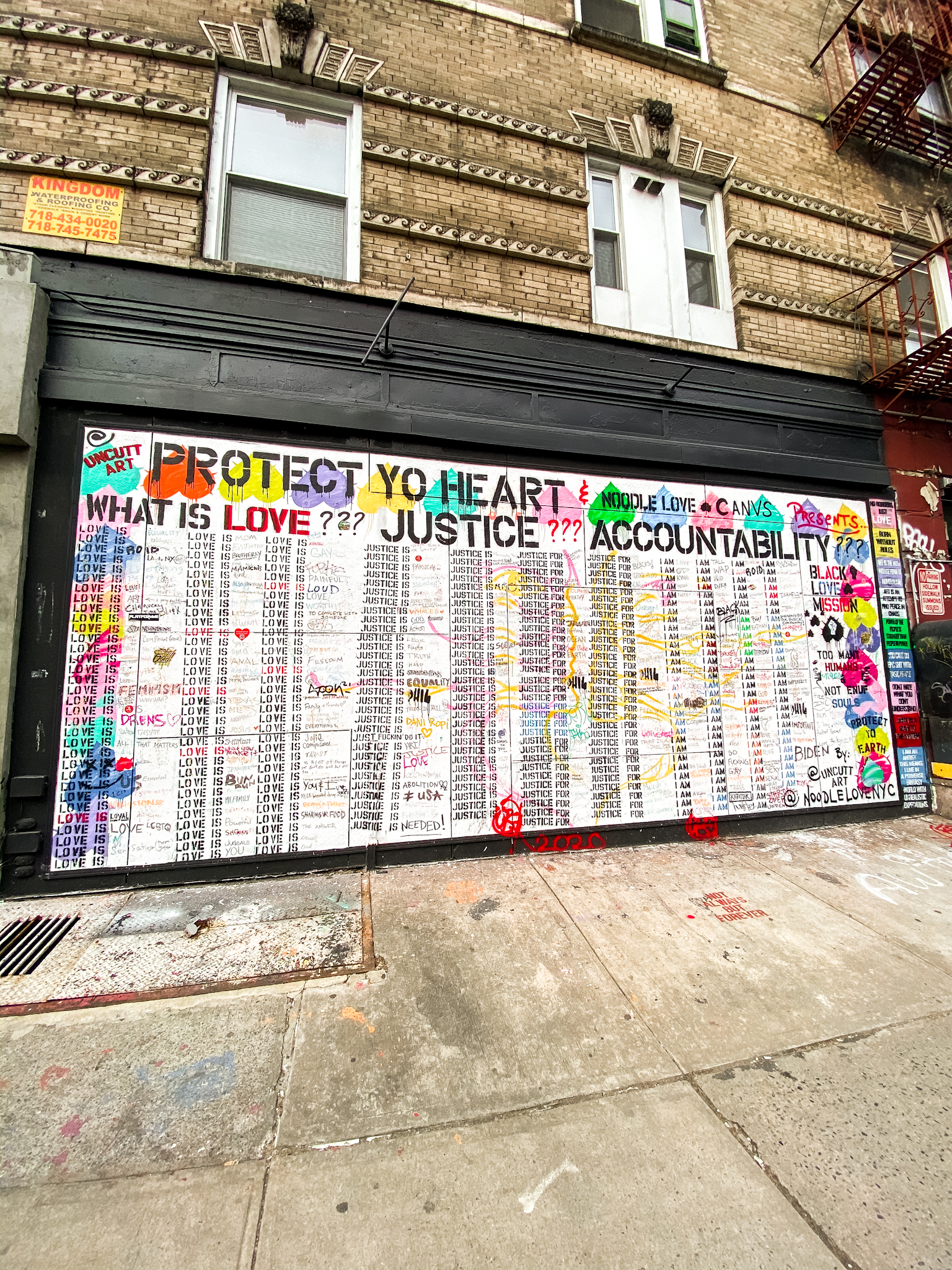 I’ve featured Flour Shop’s graphic and fun rainbow walls in my Most Instagrammable Spots in SoHo post, and it deserves a mention on Instagrammable Walls in NYC too. Grab a cake truffle and snap some shots! 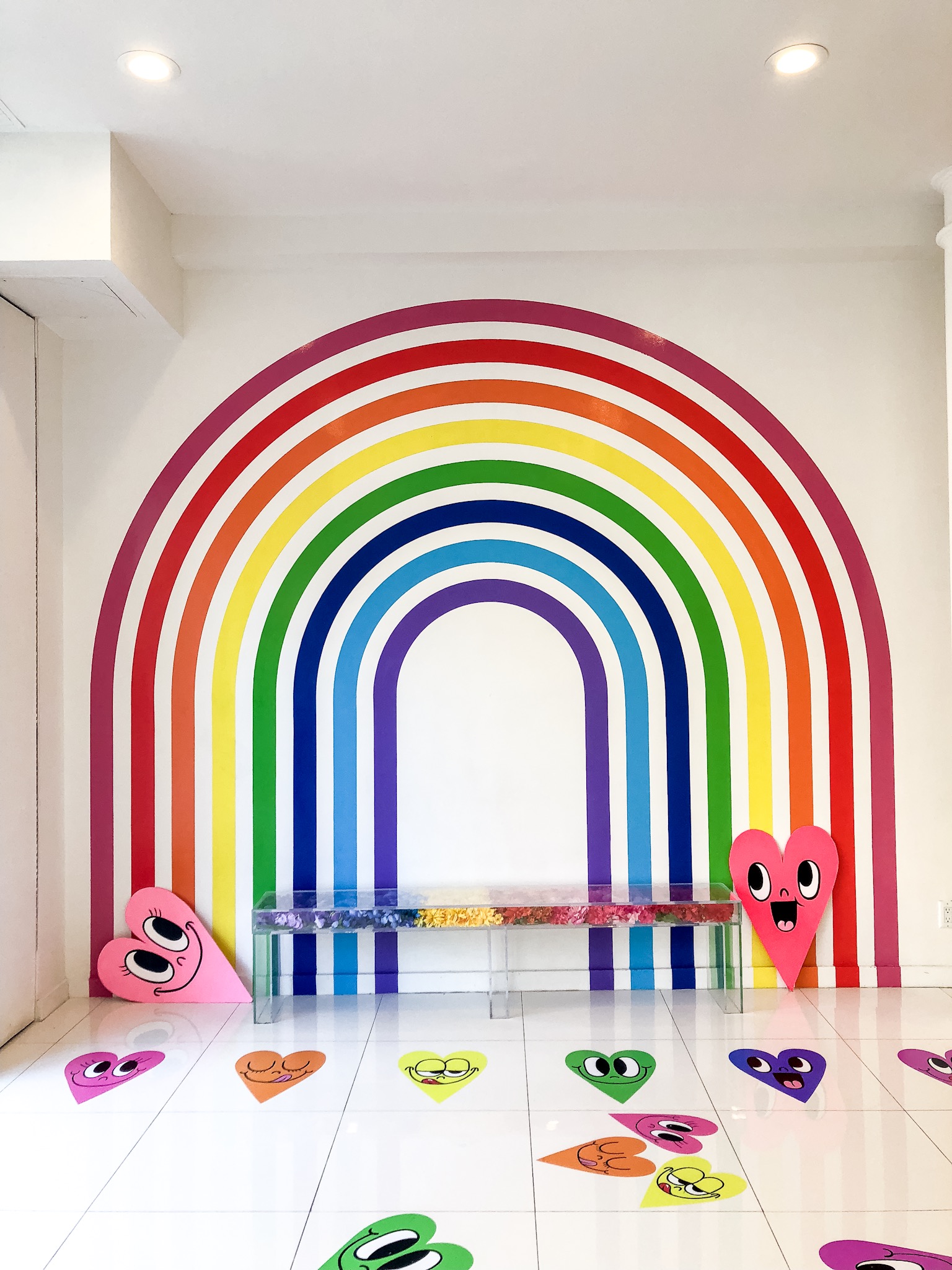 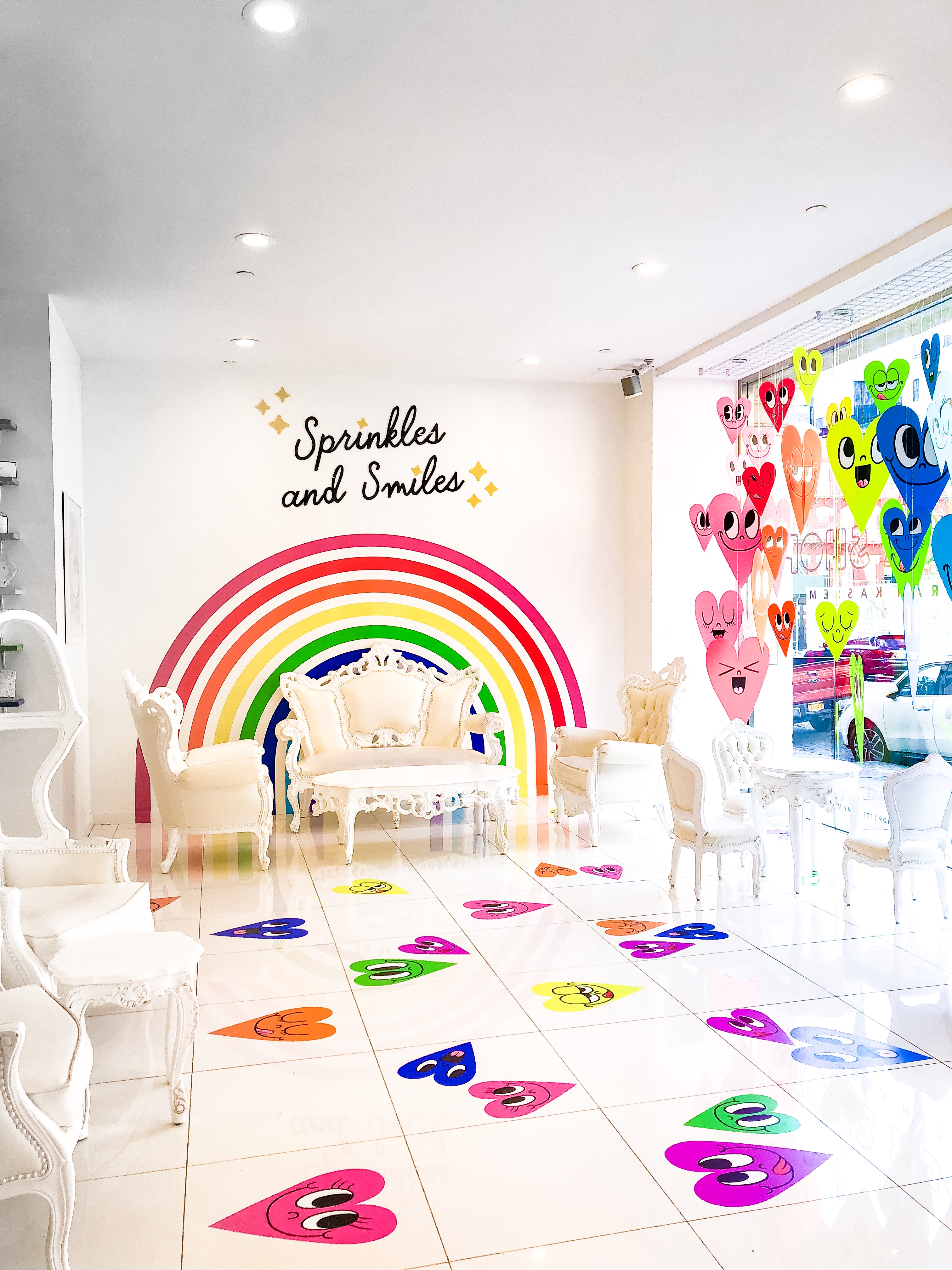 When it comes to instagrammable walls in NYC, the Prince Street Floral Wall is a tried and true classic. Located at 250 Mulberry St., it’s a super fun and abstract background for any photoshoot. 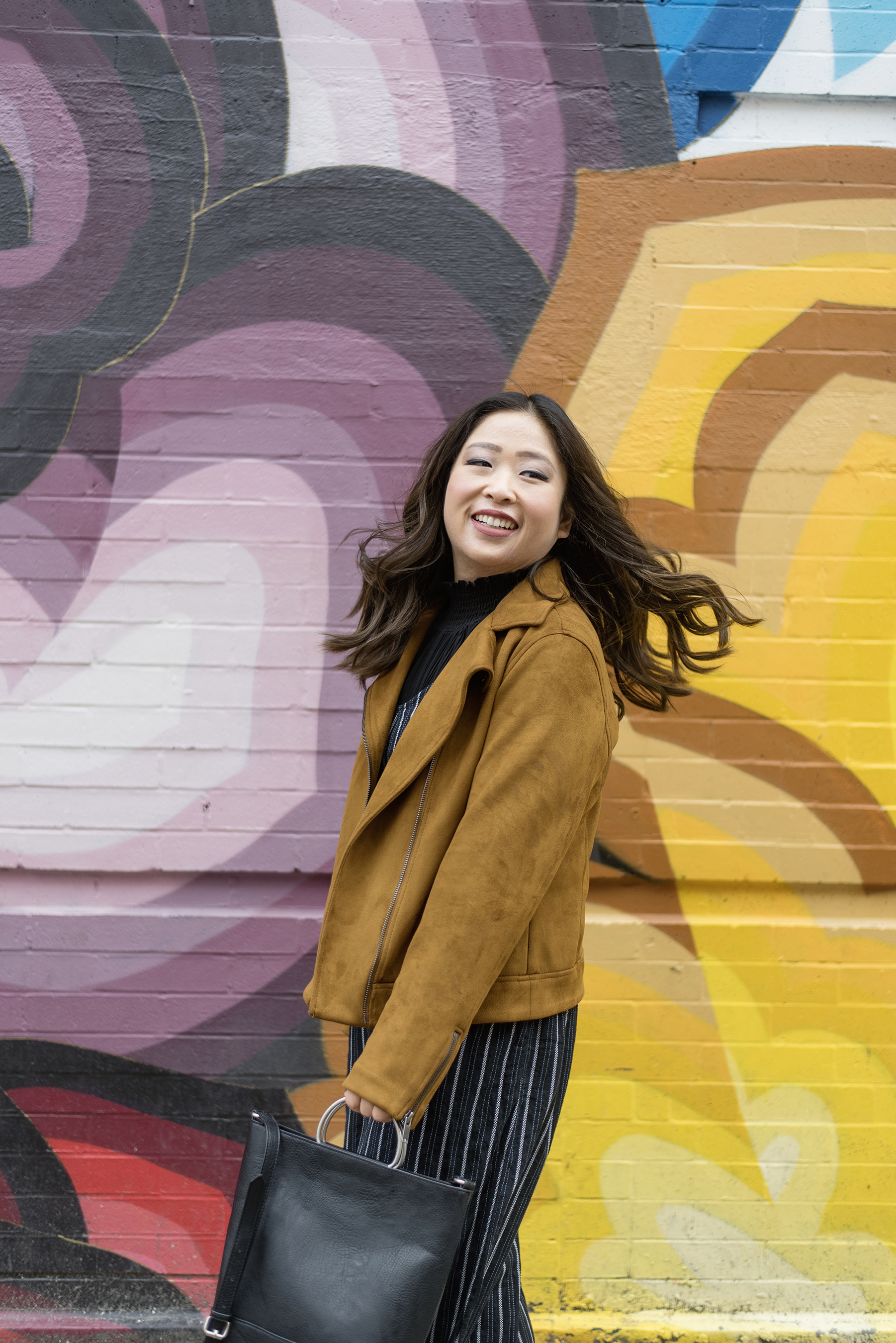 A new addition to the already instagrammable NoMo SoHo, this grungy, cool mural is right outside NoMo SoHo’s iconic tunnel of love. 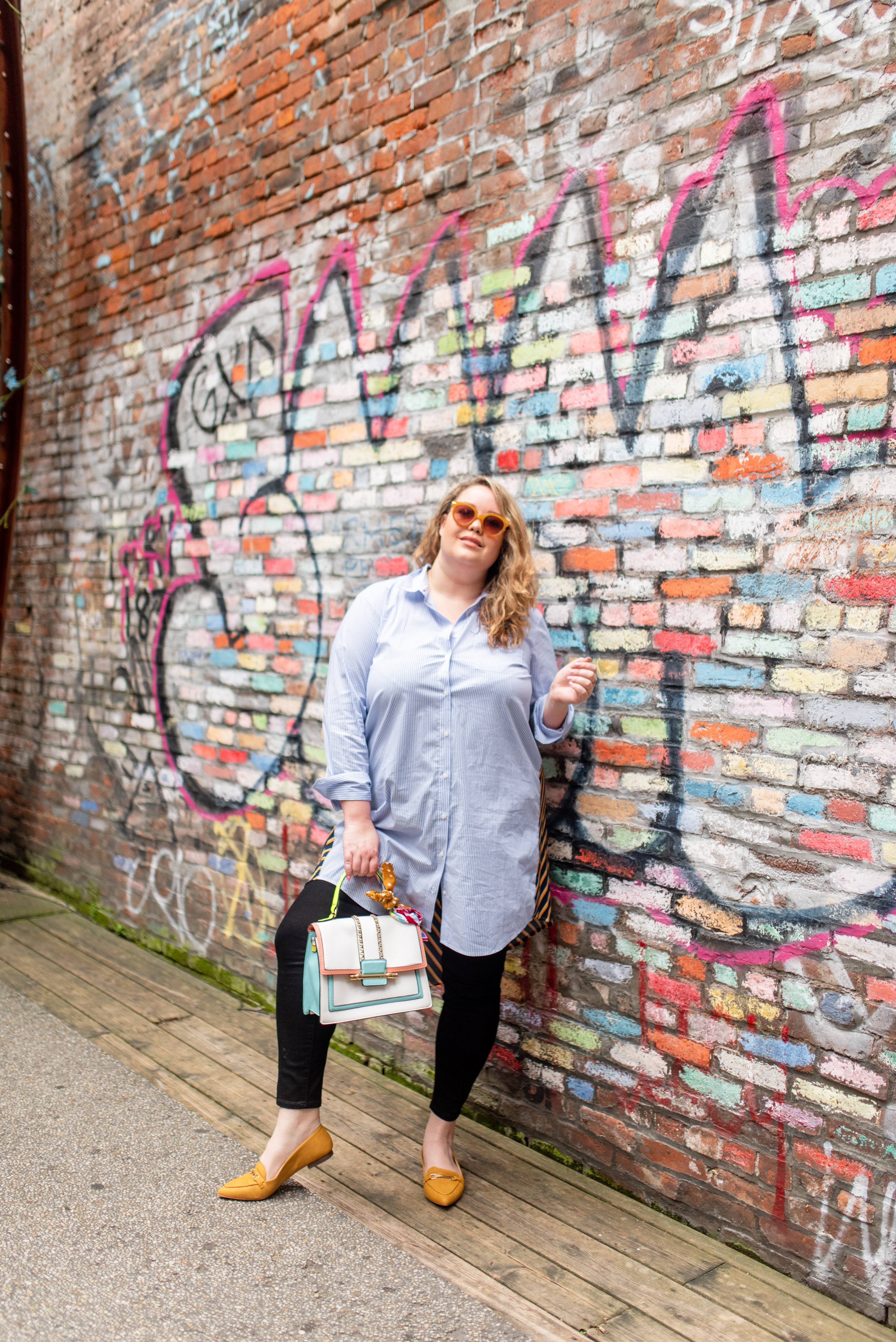 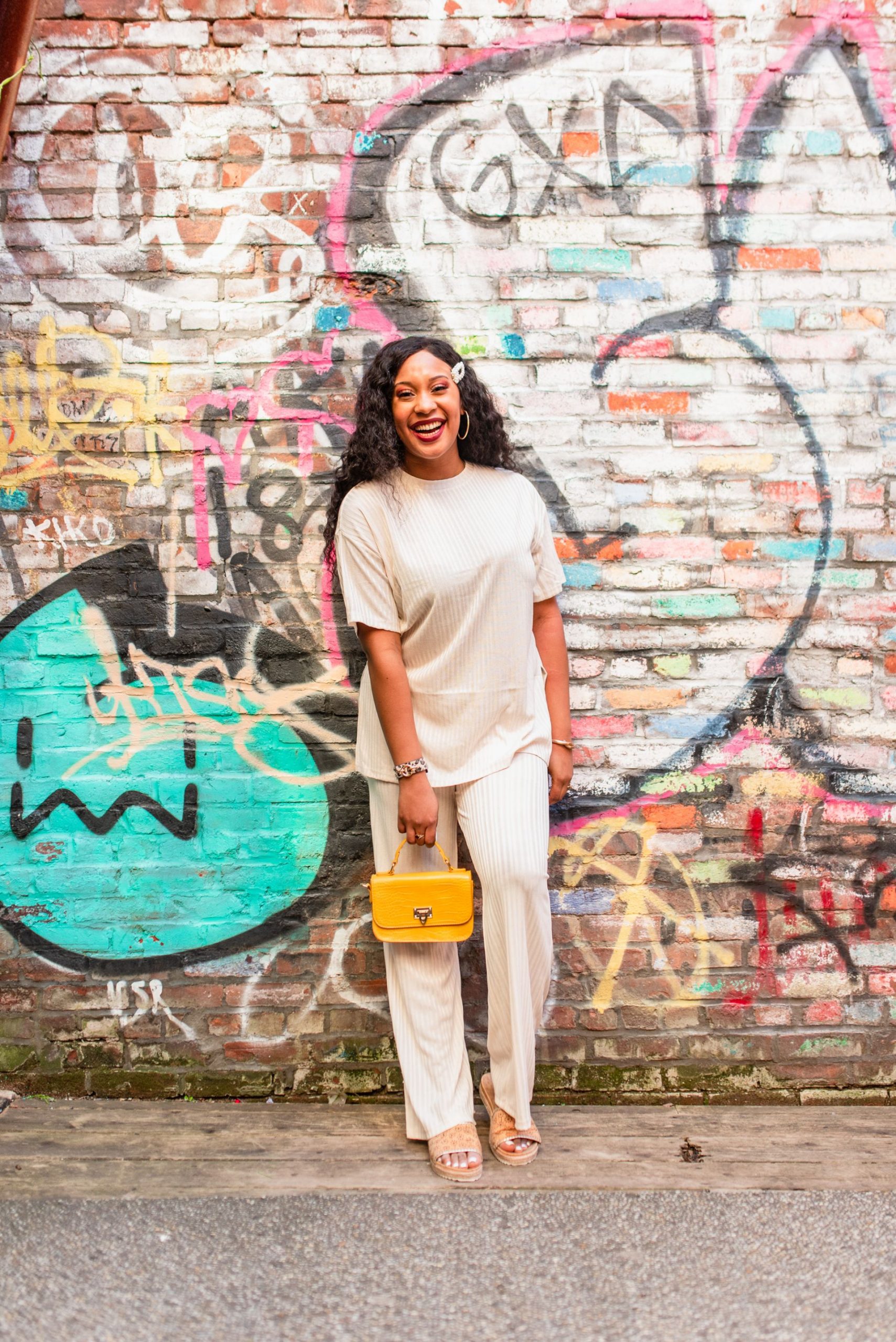 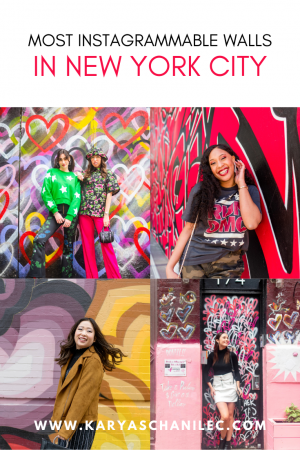 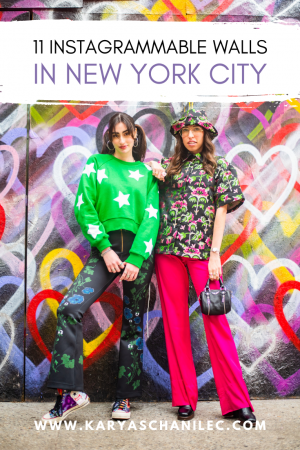 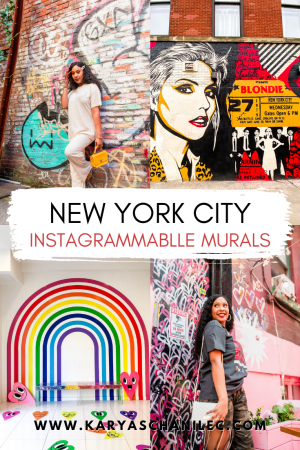 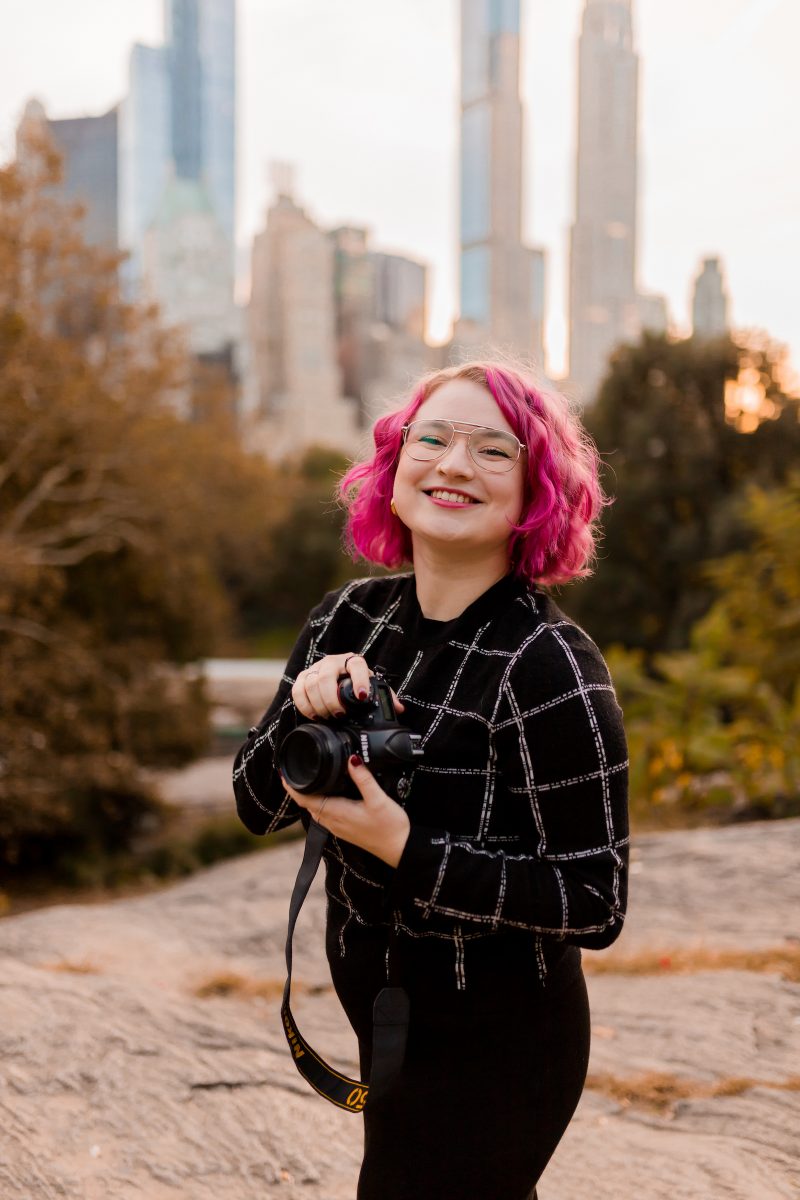